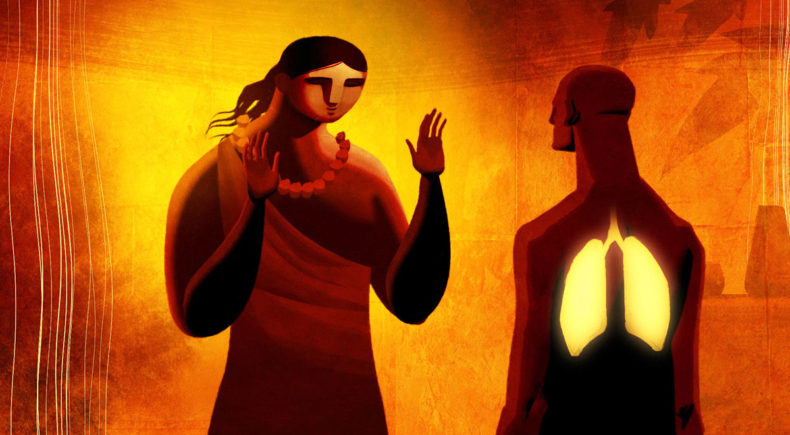 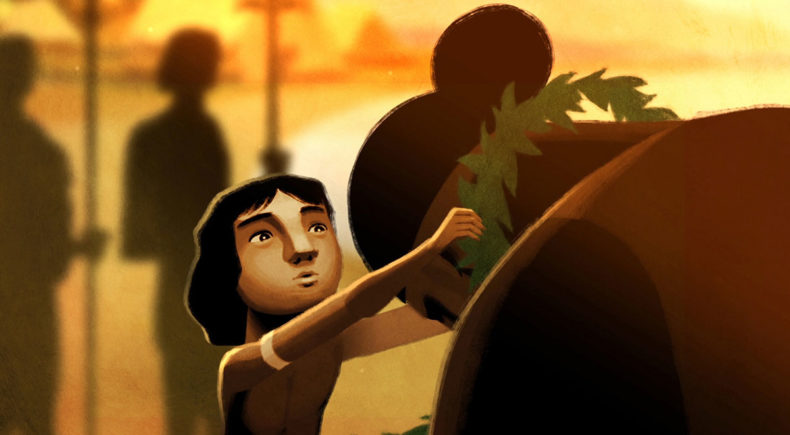 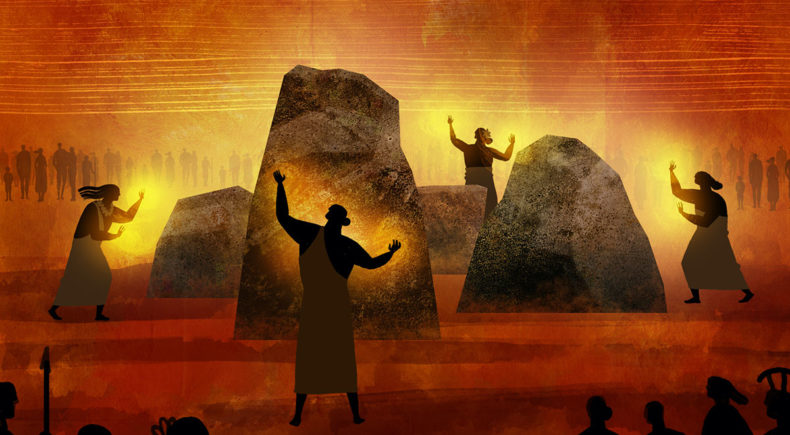 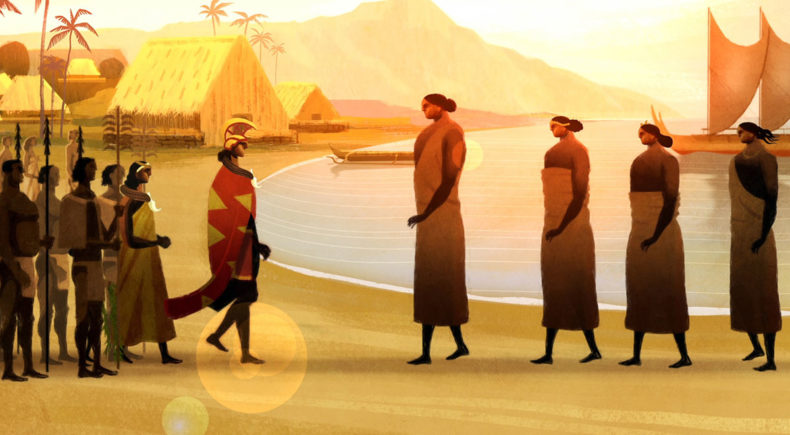 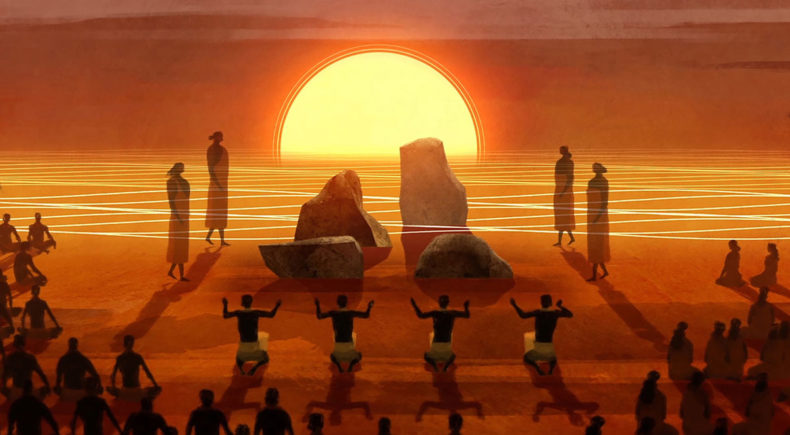 Kapaemahu reveals the healing power of four mysterious stones on Waikiki Beach – and the legendary dual male and female spirits within them.

Long ago, four extraordinary individuals of both male and female spirit brought the healing arts from Tahiti to Hawaii. Beloved by the people for their gentle ways and miraculous cures, they imbued four giant boulders with their powers.  The stones still stand on what is now Waikiki Beach, but the true story behind them has been hidden – until now. Narrated in an ancient Hawaiian dialect, Kapaemahu brings this powerful legend back to life in vivid animation, seen through the eyes of a curious child.

Hinaleimoana Wong-Kalu - Hinaleimoana Wong-Kalu is a Native Hawaiian teacher, cultural practitioner, composer and filmmaker who uses digital media to protect and perpetuate indigenous languages and traditions. She began her film work as a protagonist and educational advisor for the award winning documentaries Kumu Hina and A Place in the Middle, and received a National Education Association Human Rights Award, Native Hawaiian Educator of the year and White House Champion of Change for the groundbreaking impact campaigns associated with those films. Continuing her journey to the other side of the lens, Hina produced the PBS/ARTE feature documentary Leitis in Waiting and award-winning short Lady Eva about her transgender sisters in the Kingdom of Tonga. Hina is also a transgender health advocate, burial council chair, and composer of "Ku Haaheo E Kuu Hawaii," the internationally-known anthem for the protection of Mauna Kea.

Dean Hamer & Joe Wilson - Co-Directors/Producers Dean Hamer and Joe Wilson are Emmy and GLAAD Award-winning filmmakers dedicated to telling stories that emanate from the voices of those on the outside. Their work has screened in the Berlin, Toronto and LA film festivals, on PBS and international broadcasts, and has been supported by Sundance, Ford, ITVS and Pacific Islanders in Communications. This is their fifth film with Hina.Animation Director Daniel Sousa is an Academy Award-nominated artist who uses the themes embedded in myths and legends to examine the inner struggles between our intellects and unconscious drives. Born on the island of Cape Verde, he approaches filmmaking from a painter’s perspective, focusing on the fragility of fleeting moments, memories and perceptions. His films include the Oscar-nominated Feral, which premiered at Sundance, and the four-part PBS special Native America, which uses animation to weave history and science with living indigenous traditions.

Kapaemahu is a moolelo, a Hawaiian word that is often translated as "story, "tale," or "myth," but is also defined as "history," "chronicle," or "record." Just as this multiplicity of meanings blurs the conventional boundary between fiction and nonfiction, so our short film straddles the space between narrative and documentary.

As a Kanaka film director - a native person in an island nation that was illegally overthrown and continues to be occupied by a foreign power - I recognize that our survival as indigenous people depends on our ability to know and practice our cultural traditions, to speak and understand our language, and to feel an authentic connection to our own history.

That is why I wanted to make a film about Kapaemahu, and to write and narrate it in Olelo Niihau – the only form of Hawaiian that has been continuously spoken since prior to the arrival of foreigners. It is not enough to study our language in an American classroom, nor to read about our history in an English language textbook. We need to be active participants in telling our own stories in our own way.

I am also mahu, which like many indigenous third-gender identities was once respected but is now more often a target for hatred and discrimination. I want our young people to understand that the ability to embrace both the male and female aspects of their spirit is not a weakness but a strength, a reason to rejoice not to fear.