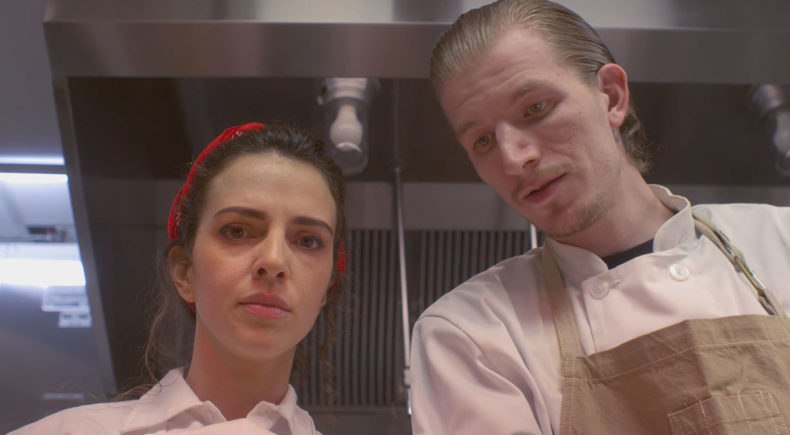 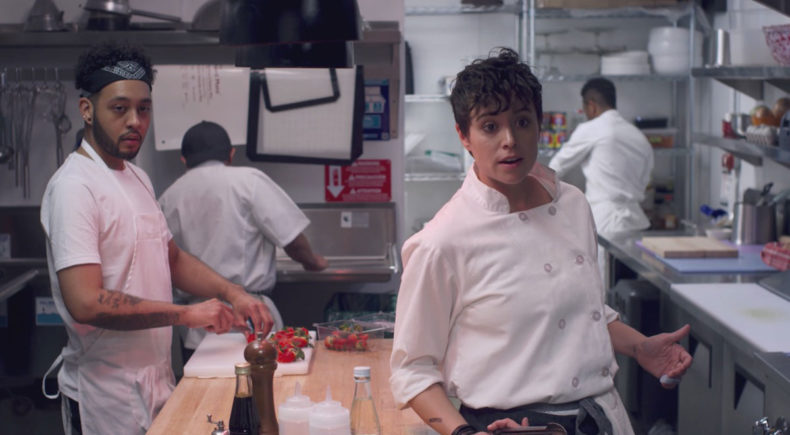 It's Leila's first (and last) day training in an elite restaurant kitchen.

Marina Michelson is a filmmaker originally from Israel, born to Soviet émigrés from the Republics of Georgia and Moldova. Her work explores identity and power dynamics through the lived experiences of women. Her background includes study with the Atlantic Theater Company, Steppenwolf Theater, Lee Strasberg Studio, and a BFA from NYU’s Tisch School. Her film work includes the lead role in Jinoh Park’s film “Should’ve Kissed”, which opened the Jeonju International Film Festival. Her last short film, “Biophilia” premiered at the 2018 Brooklyn Film Festival where it garnered the Outstanding Achievement Award for Best Screenplay. She is currently working on a coming-of-age feature set against the refusenik movement in 1970s Soviet Russia that follows a bullied teenager who learns to break the rules to pursue her love of fashion.

“Stagiaire” is a film about a capable woman who has to defend herself in a--dare I say-- toxically masculine space. Professional kitchens are rich with gendered subtext. Once the kitchen becomes a workplace – in comes pettiness, ego, outright violence, and institutional oversight. Leila’s arrival in the kitchen provokes the type of jealousy sparked by the combustible combination of creative ambition and gender dynamics in a pressure cooker. It's a swift, visceral tale that throws you into the kinetic culture of back- of-house and leaves you with a punch in the gut.

50 percent of women working in food service said that sexual harassment has gone way up during the pandemic in the industry that already has the highest rates of sexual harassment of any industry in the U.S., according to Saru Jayamaran of the non-profit One Fair Wage.

Directly inspired by my own experiences and stories told to me by peers in the industry, the film is about a capable woman who has to defend herself in a (dare I say) toxically masculine space. I’ve worked in the service industry since studying at NYU, fulfilling every possible post from the most disposable (hostess), to the highest on the totem pole (owner/operator), and everything in between (bathroom attendant, cater waiter, private chef.) My position of power had little to no impact on the harassment I experienced which took many forms, from bartenders who made me one too many shift drinks, to bus boys who re-named me a thesaurus’s worth of sexy diminutives, to managers who cornered me for dates until I was forced to quit. I still have nightmares about one of them, who despite being his boss, terrified me with his propensity for rage. Many women who have worked in service have similar stories and every woman who has read this script has shared with me hers.

“Indelible in the hippocampus is the laughter,” said Christine Blasey Ford, her voice cracking as she gave her testimony in the 2018 confirmation hearings for Justice Brett Kavanaugh. “Stagiaire” is an attempt to excavate the grooves of memory and examine how the trauma of sexual harassment embeds itself in the psyche for years to come.

This film is for my sisters in the service industry. I see you.