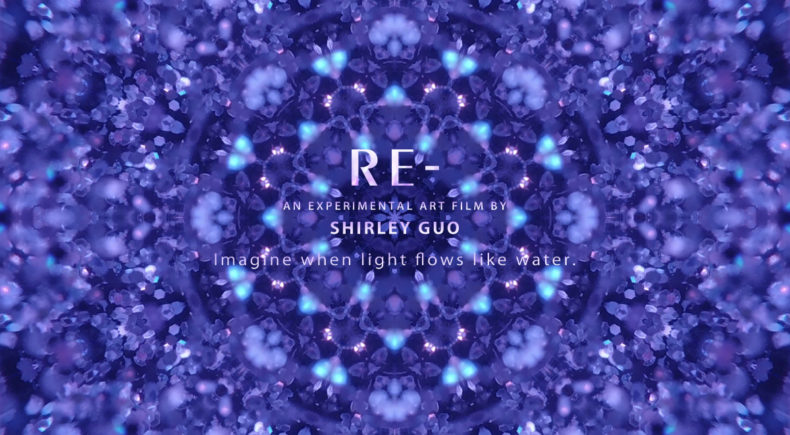 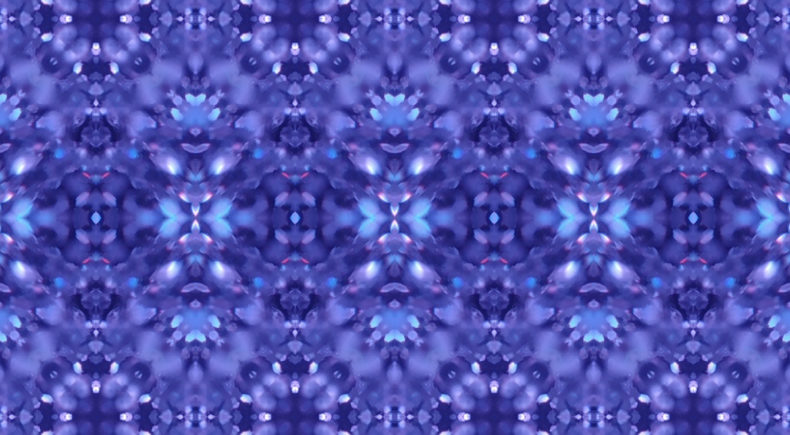 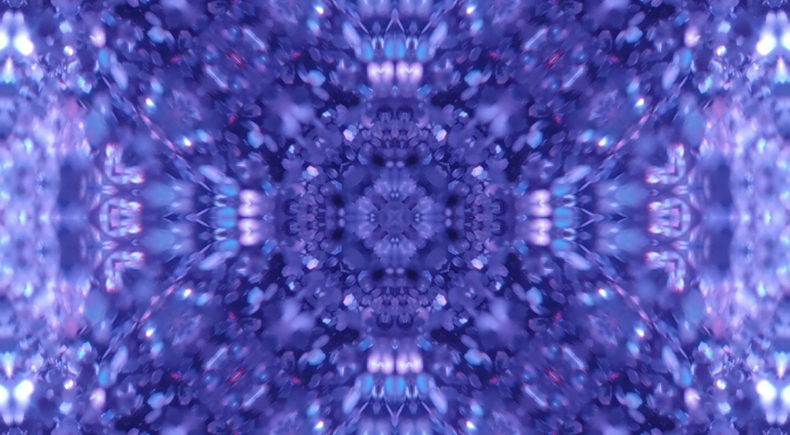 Imagine when light flows like water. Based on Shirley Guo's exclusive creative theory of utilizing optics to create source materials, the experimental music video "Re-" shows a magic universe of infinity exploring the possibilities of a mirrored world.

Shirley Guo is a 2D animator and multimedia artist with a B.E. in Digital Media Technology currently pursuing her animation M.F.A. in the United States. She is also known as Shirfine, an award-winning independent musician, whose hit single "Illusionary Daytime" has received massive streams across all music platforms. Since July 2020, "Illusionary Daytime" has been on Shazam Charts Top 50 & Top 200 worldwide for months.

As a multi-talented artist, Shirley explores diverse ways of creating art aiming to tell the outer world about what she experiences, sees, and thinks, how she feels, and who she is.

Initially inspired by a beautiful coincidence, I discovered this visual art when I captured some clips from a micro-world through my camera in late January 2020. After the first exploration, Project Haze was born. My composer friend showed a strong interest in collaborating, so I decided to develop it into a film.

To be a little more specific, the source material is based on optics that utilizes reflection, dispersion, and other physics principles. But it contains great randomness. To achieve certain results and effects I desire, such as longer duration, speed control, changeable color, resolution improvement, stretching, and shrinking, I've spent months delving into a lot of research and tests. Eventually, I developed several approaches, some of which gave me more control to keep the clips long enough for minutes, which were later partly animated with special effects.

"Re-" is a concept I already had back to 2015. It carries my comprehension and cognition of "nirvana" as it can also be extended to the meaning of "pattern" and "mirroring," which lead to “infinity." The clear exists together with the ambiguous as they cover each other. Hard to say what you see or believe is true or just an illusion. Everything is mixed together and pushed by time, and then we end up where we begin. Repeat the same things over and over again.

After some discussion, my composer and I found that the term "pattern" exists as a creating method in both music and visual art theories. It's very interesting to discover more similarities between these two theories when you study them in-depth. So we created everything following the rules of this mirrored world from techniques to the structure of the whole film, as well as details. But the content in the pattern never remains in the same form, which resembles the myriad of possibilities in the universe when we all experience the same path from birth to death.

I insisted on one take to create the film. However, because of the random nature of the art, it was already tricky to consistently synchronize the image and audio for the case where the music composition was finished first. In the end, I chose the imperceptible transition to connect some parts a very few times to meet my one-take expectation, and it turned out perfect. Part of the film is true coincidence being naturally captured and then selected to match up with music.