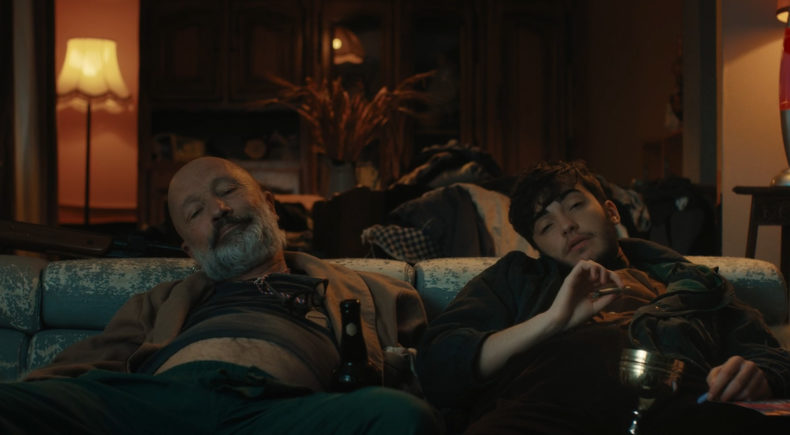 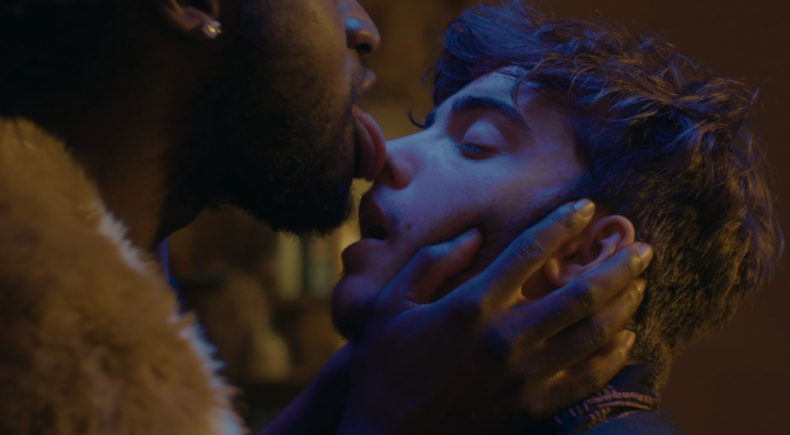 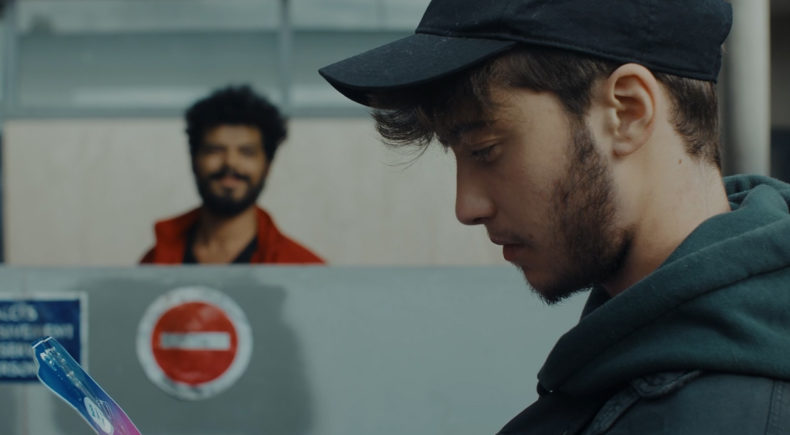 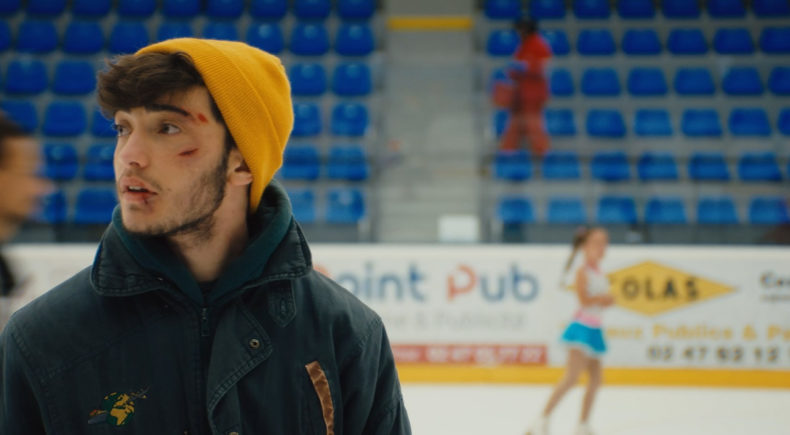 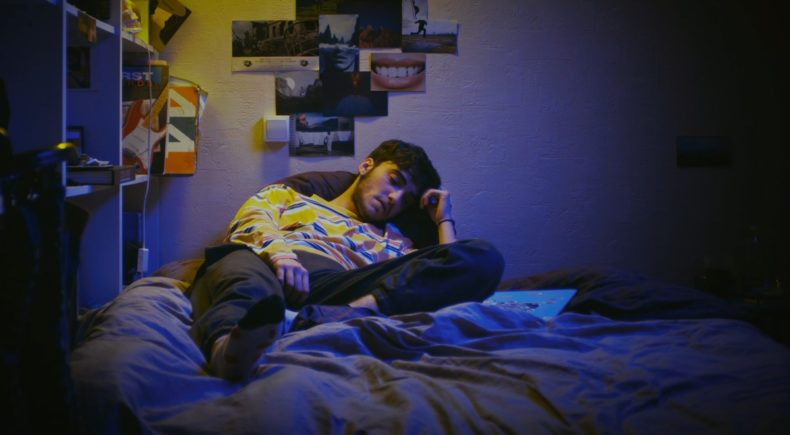 Not that kind of guy

Léto is a transgender and gay 20 something boy living in an industrial suburb of Tours (France). He is stuck between a boring day job at the local art house movie theater, a hostile neighborhood, random encounters and feelingless sex through dating apps. Hopelessly wandering, his feet drag him one day to the ice skating ring where works Hamza, an attractive and enigmatic Syrian guy. Will this meet-cute finally warm his heart?

Sarah is a self-taught filmmaker who first focused on body language and editing. She began directing in 2013, took part in alternative festivals, then joined La Femis to lead a committed, sensitive and multi-cultural auteur cinema. She graduated in 2017 with the release of « Prends mon poing » (« Fist »), her first produced short film. After leading new narrative projects, she is now developing her first feature film. Eventually, she intends herself for a sulfurous cinema as well as for making music videos.

« I wanted to make a committed and impactful film. Thus, I worked on a narrative short that deals with social issues but also highlights the difficulties that transgender and gay people may face. For this purpose, I looked for a credible story so that the public could relate to. I took special care in developing the couple of main characters, Léto and Hamza. It was important for me to show a modern and authentic representation of these minority profiles that are still poorly shown today. As a result, it was obvious to cast the leading role within the LGBTQIA+ community. Beyond militant reach, this approach led us to meet Sohan Pague, a young transgender man who is, above all, an upcoming actor. That encounter was a major step in the making of the film especially as Sohan played the role with innate ease and accuracy. In addition to such remarkable qualities, it turned out that his personal history was deeply linked to my script.

But to give substance to this atypical but certainly contemporary romance, I needed a second match! Someone who would melt the hero's heart for sure. And we had the opportunity to come across Issa Al Issa, a young actor who found refuge in France few years ago after fleeing his country at war. He lended his features to the charismatic Hamza with evidence. 'Mauvais Genre' was born. »