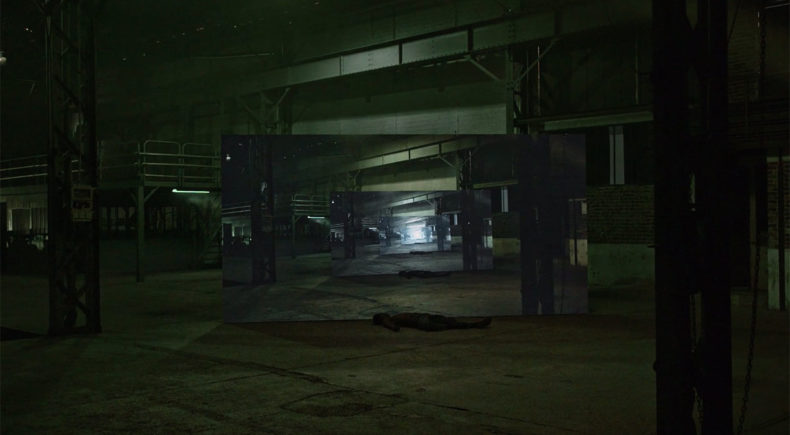 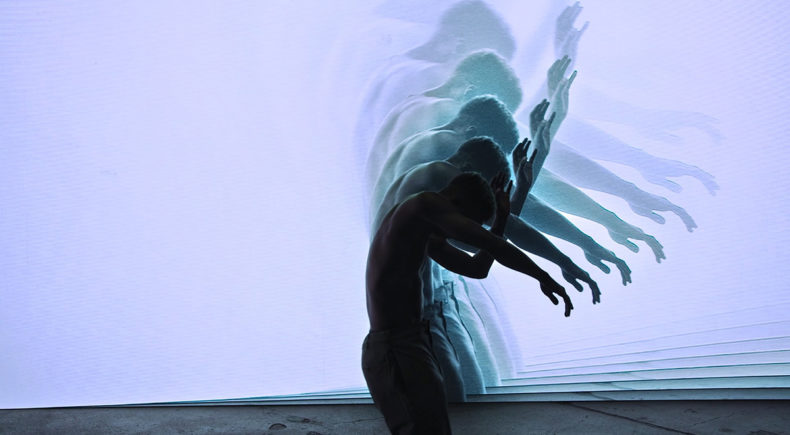 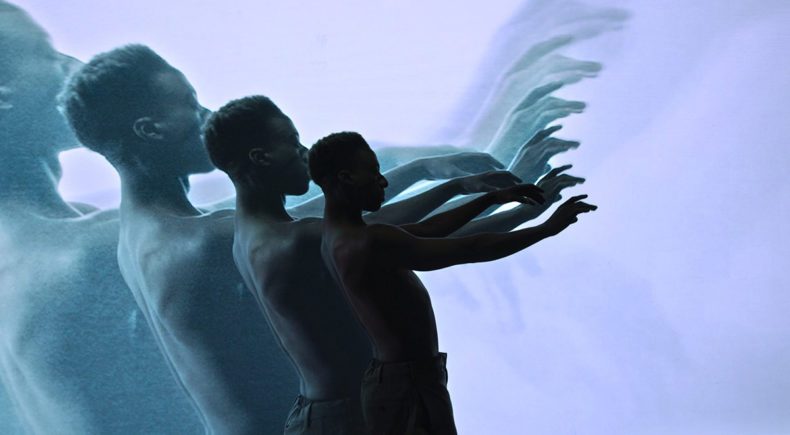 A human shadow wakes up in the middle of a giant empty factory, at the foot of a monolith that reflects his silhouette endlessly. He bears the marks of a time that has passed : the traces of a makeup that now deceives facial recognition.

NO VFX, ONLY VIDEO LARSEN - MASTER SHOT
Performance danced in front of a led screen, a 6m by 3m monolith that broadcasts what the camera is filming, to create feedback.
The performance is filmed in a master shot, without special effects : everything is created live, including the "mirror" mode at the end.

Born in Paris in 1986, Anthony began analog photography at the age of 15, a discipline that he has taught himself ever since. He was around the same time admitted to a music conservatory for postgraduate studies. In this manner, Anthony would combine his two passions : visual arts & music. After several contracts in the underground Parisian night (mainly the rave scene), Anthony developed his photographic series. In 2016, the « Surimpressions » series began a European tour, with support from Jonathan F. Kugel, gallery owner in Brussels. He then directed his first short film in 2017 : « The Tube, Genesis ».

With this experimental short, he was able to show his conceptual character in motion, all the while furthering his « The Tube » photographic series started in 2010. In the following year, Anthony signed a one-year « Carte Blanche » contract with the Grand Paris region. One year travelling through the region, taking pictures with his favorite analog cameras.

The same year, he founded a production company with the objective to produce his artistic projects, as well as those of others. This is how he started the « In Media Res » project. He first composed the track, as a basis to write the axes of choreography and larsen video's composition.

To be understood properly by the dancer and the technical crew, he filmed a draft with cardboard figures in front of his TV. Filming was done in July 2020.