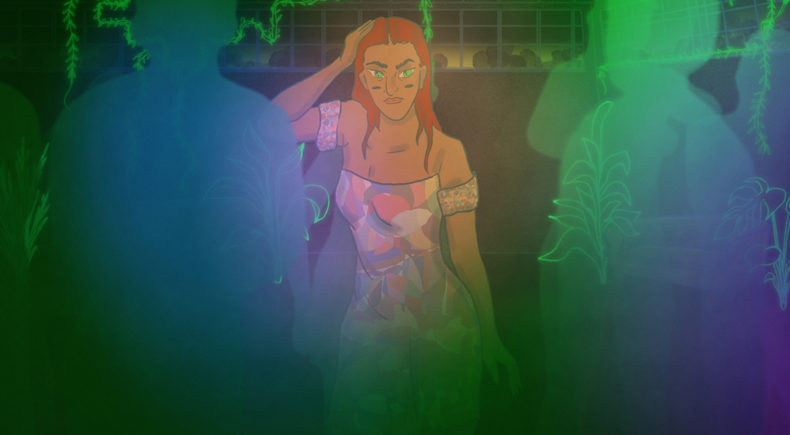 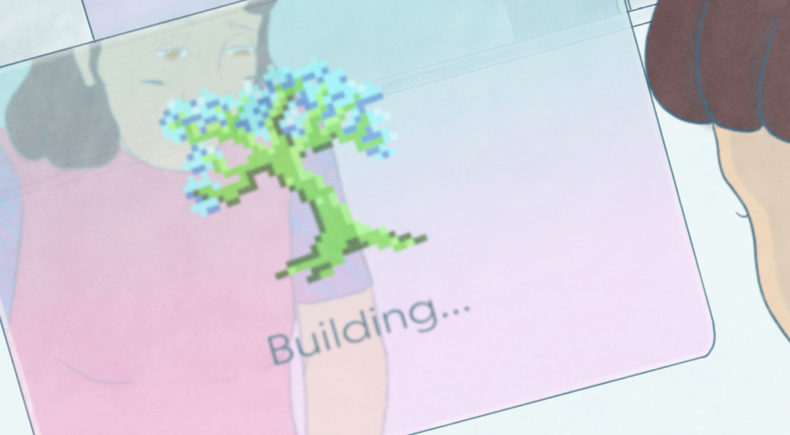 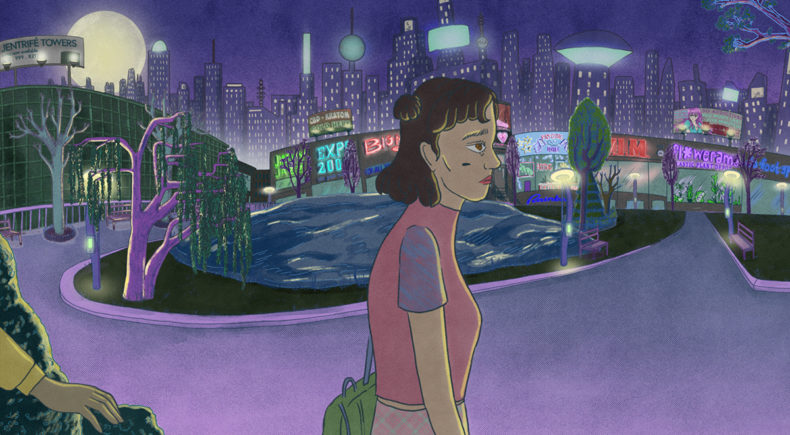 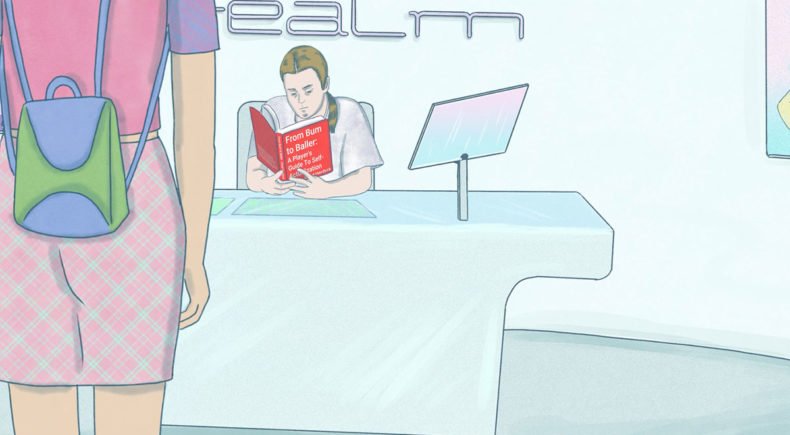 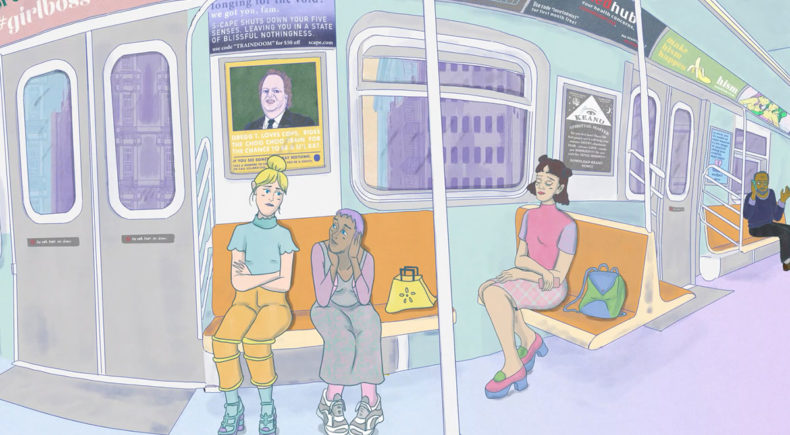 Our Bed Is Green

Maggie Brennan is an animator, cartoonist, and musician living in Queens, New York. Her animated shorts have screened at many festivals such as SXSW, SIFF, Riverrun, and Maryland Film Fest. As a cartoonist, she has been published by several outlets including The New Yorker, The Fader, and Inverse. She has also created animation and illustration work for a variety of large commercial and corporate clients.

I started developing Our Bed Is Green, my graduate thesis film, in the fall of 2018. For the most part, the film is about repression, unrequited love, and the idea that both become more torturous as technology advances in its ability to encapsulate and replicate "real life.” The secondary story, however, is about feeling overwhelmed, disoriented, and trapped. I worked a remote job through school and spent all my free time on classwork or this short, which meant I spent most of my time alone on a computer. This isolation amplified the sensory and emotional experience of small things like leaving my apartment for a coffee and running into a friend en route. A lot of that seeped into both the world and the characters of the short. Whether Cecily (the protagonist) is in the real or virtual world, she navigates environments overloaded with images, signs, structures, and sounds. The more time she spends in either complicated dimension, the more overwhelming each becomes emotionally. In the few seconds after Cecily’s fantasy has ended but reality has not yet resumed, the colors are muted, the only sound is the hum of the room, and she lies motionless. It is in this still, sparse space that she might genuinely feel a sense of escape but, in an instant, it's over. Ultimately, Our Bed Is Green is about feeling divided between intense, conflicting desires and worlds -- and if it's possible to ever feel otherwise.