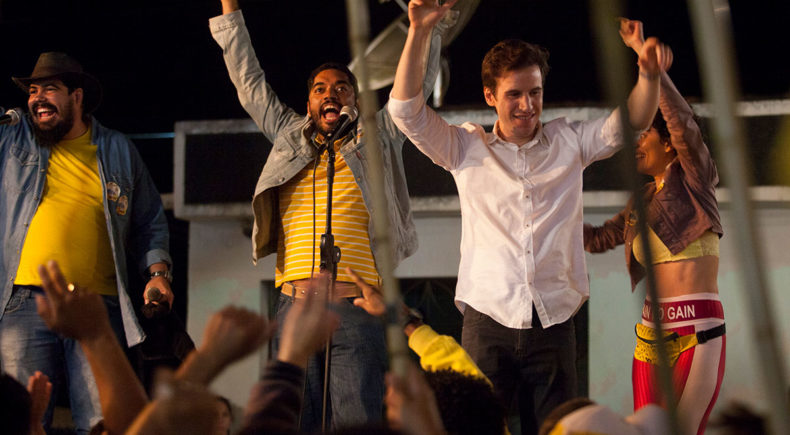 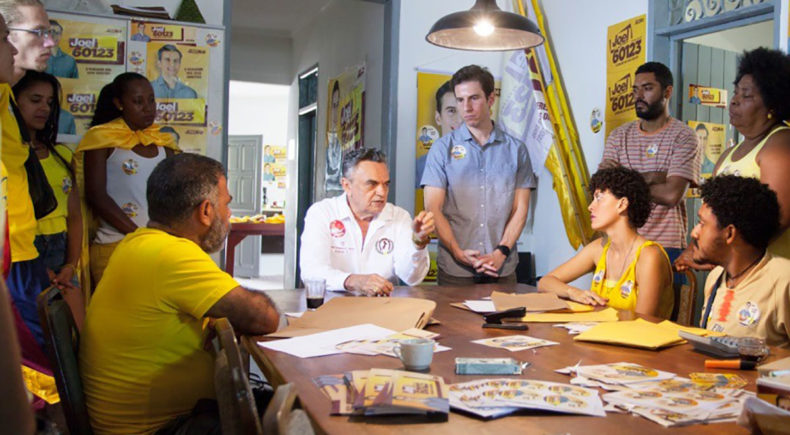 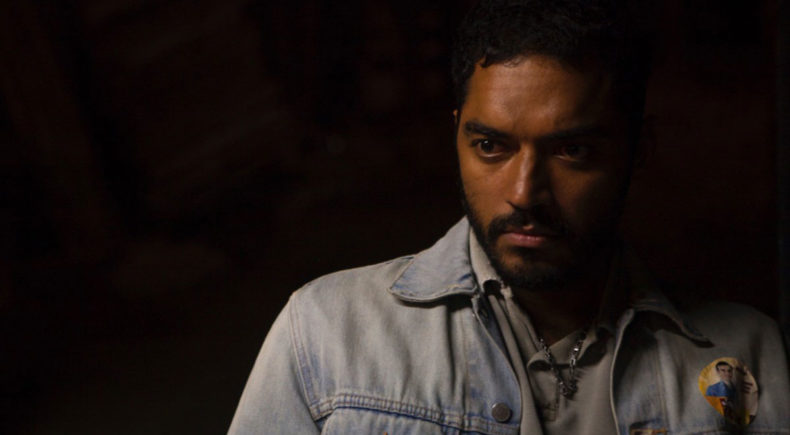 Corral is a political drama that takes place in rural Brazil, in the city of Gravatá. During the city hall elections, the population is divided between the Blue and Red parties, representing old oligarchies fighting for power. Due to a severe drought, water is the main bargaining chip to get votes from the population.

Chico Caixa is a former city employee. He lost his job trying to take water supplies to a poor neighborhood, abandoned for political reasons. Caixa is invited by a childhood friend Joel, to work on his councilor campaign. Joel presents himself as an alternative to the old candidates. But as the campaign progresses, Chico Caixa soon realizes that breaking apart from the established political game is not always an easy alternative.

Marcelo Brennand (Recife, 1981) is a rising filmmaker in the Brazilian scene. Corral is his second feature film and has won two silver colon prizes for Best Technical-Artistic Contribution and Best Actor at the 46th Festival de Huelva (Spain, 2020). In 2008, Marcelo wrote, directed and produced his first feature "Door to Door" (Porta a Porta), a documentary about the corruption in the political elections system that inspired Corral's script. In 2015 he directed the short film "Two Women'' (Duas Mulheres). This film won awards for Best Actress and Best Foreign Film at LAIUFF - Los Angeles International Underground Film Festival, Best Foreign Film at WIFF Williamsburg Independent Film Festival, Best Edition on IWFF Indian World Film Festival and made it into the official selection at NFMLA New Filmmakers Los Angeles.

Corral takes place in a rural area of Brazilian Northeast. Until the 1950s, 80% of the population made their living from agriculture and livestock. Over the years, due to severe drought, migration to large urban centers took place. Nowadays, only 15% of the population lives in this region. Economic and technological transformations came late, with the arrival of motorcycles and cell phones. The ones who stayed, struggle with keeping old traditions in its tough desertic landscape. The desire to become modern sinks in the curse of remaining archaic.

The lack of water is the film's essential dramatic element, the motor for protagonist Chico Caixa's decisions. His life's disillusions come from the poverty generated by it and not being able to provide for his family. Therefore he enters politics. It is important to point out how water - which is an essential human right - becomes an instrument of power and dispute for the film's candidates.

This opens up a discussion regarding culture and social inequalities and its many contradictions in Brazil: public vs. private, formal vs. informal, legal vs. legitimized, correct vs. practical, reason vs. passion. What happens in Corral is actually, at a smaller scale, a portrait of the political games that take place everywhere. A complex web of lies where necessity leads people to trade their most basic rights for money.