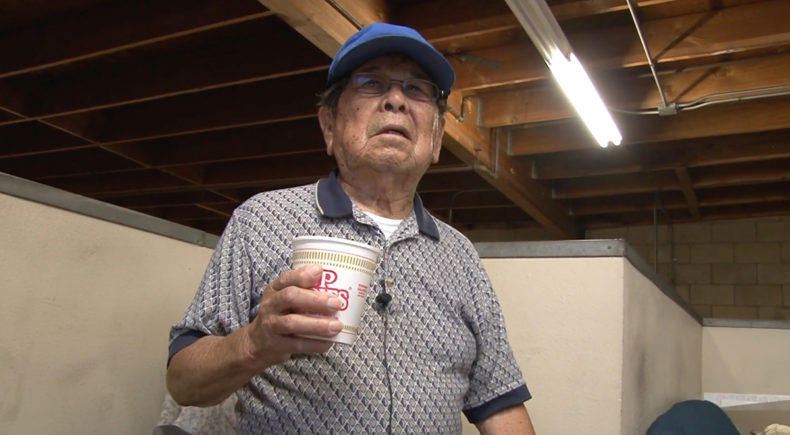 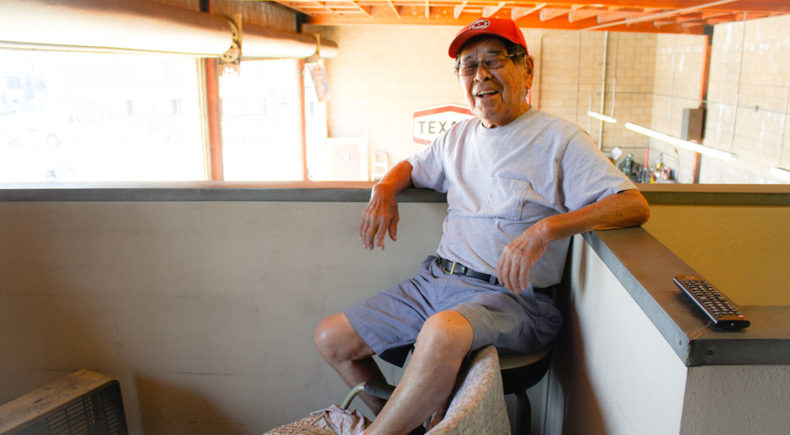 J&S Auto follows a day in the life of Joe Iwama—a 99-year-old Japanese American auto mechanic in Los Angeles who has been opening his auto shop every morning since 1949. In this portrait verité documentary, Joe narrates his life as an Asian American working-class immigrant about the California farm life, his family’s incarceration at Japanese "internment” camps, and the middle-minority life he encountered as an Asian between white and Black neighborhoods. This film follows the rhythm of an Asian American who has an intimate tie to the shop he has been a part of for over 70 years, and embodies nearly a century’s worth of experiences as an émigré, camp survivor, small business owner, father and an Angeleno.

Grace Jung is the director of J&S Auto (2021). She is a filmmaker, writer and stand-up comic based in Los Angeles. Grace has a PhD in Cinema and Media Studies from the University of California, Los Angeles. She is the host of K-Drama School and author of Deli Ideology. Grace produced the feature documentary A-Town Boyz (2022).

In 2015, I found J&S Auto Service between South Central and the Fashion District near Downtown Los Angeles where I met the shop owner Danny Iwama—a gentleman in his 60s who was kind and generous with his time. I’ve been bringing my car to him ever since. Whenever Danny worked on my car, he offered casual anecdotes about his life’s story as well as how he took over his father’s shop. One day Danny said, "My dad’s upstairs. You can go talk to him if you’d like.”

I had no idea that anyone else was at the shop but when I went upstairs, I saw a 93-year-old man named Joe Iwama sitting in a chair watching shows on a tiny analog TV set. While Danny would change my car oil, I’d talk to Joe for about 30 minutes to an hour, and he would tell me stories about his life which spans nearly a century. I immediately liked Joe’s persona and I wanted to document him.

At the start of the COVID-19 pandemic in 2020, the growing numbers of anti-Asian hate crimes went up tremendously. As an Asian American woman, I felt unsafe whenever I shopped for groceries or went for walks around my neighborhood to exercise. I feared being attacked physically more so than verbally. I always wore sunglasses in addition to my mask, and a hoodie over my head to hide my identity as much as possible for protection. While I and my AAPI community members felt this constant need to take additional precautions, I encountered apathy and insensitivity to our experiences from mainstream media, the general public and my own social circles who were non-Asian.

By early 2021, I no longer had excuses to put off my film. In March 2021, the Atlanta shootings killed 6 Asian women—most of whom were elderly. I began to see more news headlines about elderly Asian men and women in America getting assaulted or murdered over racialized remarks scapegoating them for the COVID-19 pandemic based on hate rhetoric stemming from xenophobia and ignorance. Issues around racialized disempowerment stemming from white supremacist ideologies that America is founded on causes some people to seek empowerment by asserting dominance and aggression over the most vulnerable members in our society, and they are often women, children and the elderly.

My focus here is on seniors. Our community of Asian American elders lived through wars, racial discrimination, economic/political instability, as well as innumerable sacrifices and loss tied to immigration, but overcame them. I look to their lives as models for my own when I encounter dark days. I’m able to gain glimmers of hope from their stories and lived example.

I want uplift for my community, society and country. We need art to balance out the heaviness that the news and social media infuses us with. It’s a burden to carry these stones. Where can we find the gaps so that we can catch a glimpse of the sky? Joe and Danny’s last name—"Iwama”—means "space between the stones.” There is sturdiness, firmness, thickness, but also reprieve, air, ground, interval, room for thought, meditation, vision, sight, view, and more.

How do we learn from the meaning and significance of a stone as we do from a person? How do we then deny or break those stones despite their spirit and essence? How is it that we are able to cast stones against one another? Then how do we find solace while meditating or recognizing a stone? What can we learn from a single stone and how it came into being across time and space here in this present moment? How do we apply those lessons we learned from a single stone to how we regard our neighbor—a human being? How can we become better listeners and observers through the lessons we take from Iwama?

I am not interested in creating a film that is solely critical—one with sharp edges. I do not wish to issue a complaint. There’s already too much of it. I want to issue humanity, goodness, kindness, and joy through a character who encompasses all of these intertwined with his complexities and pains, e.g., immigration experience, working class childhood, internment camp incarceration, death of his first wife, etc. and joys as a business owner, father, grandfather and Los Angeles resident. I’m less interested in casting stones. I’m more interested in placing them in a space for us to reflect and gain wisdom which changes our perspective.

I want this film to not only portray Joe Iwama’s story as a Japanese American but also capture his specific and universal humanity through his habits, quirks, mode of speech, the time that’s visible on his skin, his outfits, his family photographs, the way he walks, and his overall warmth which he developed over the last 100 years of his life and currently embodies. I want all of this to come through in my film so that viewers who take the time to recognize his humanity will be touched by his warmth, too.