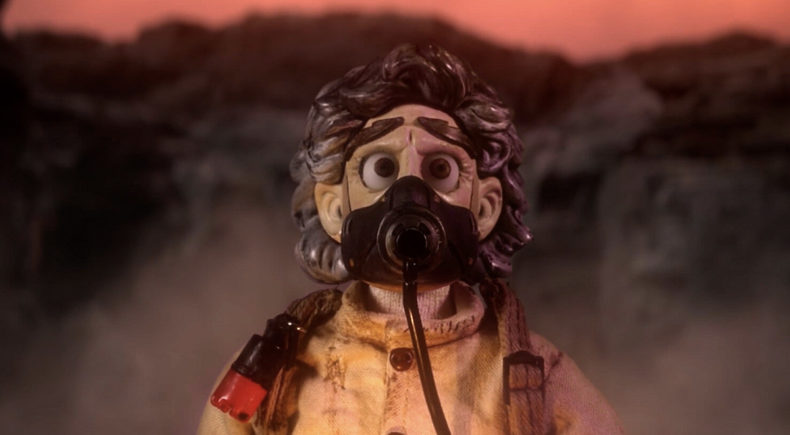 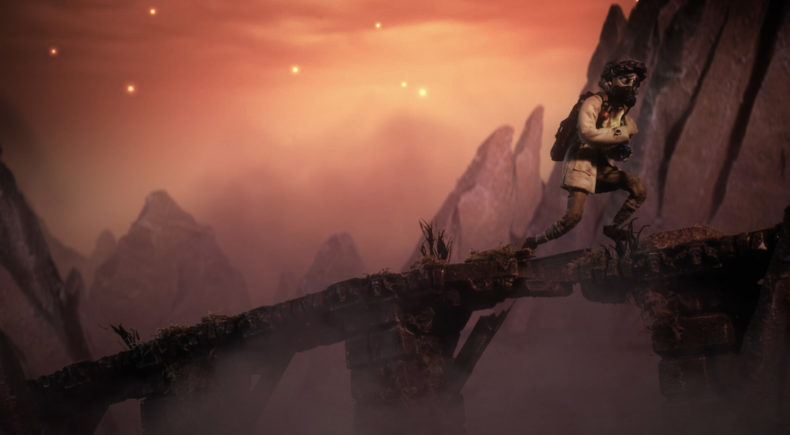 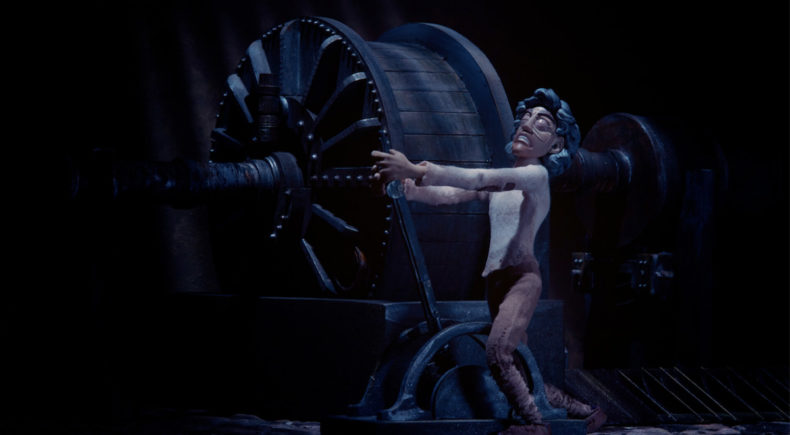 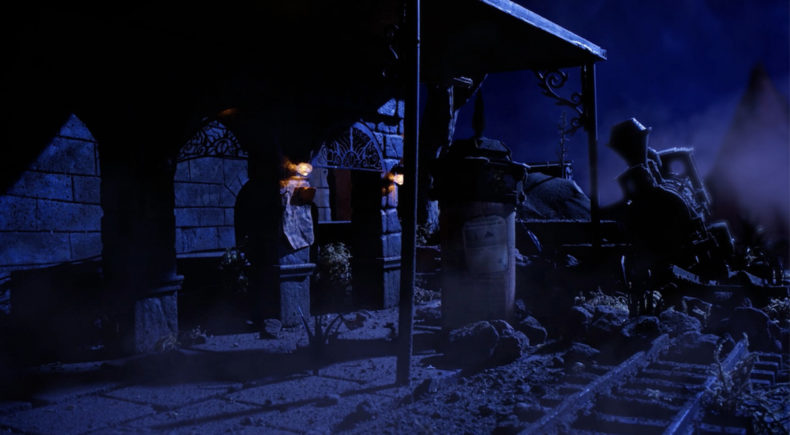 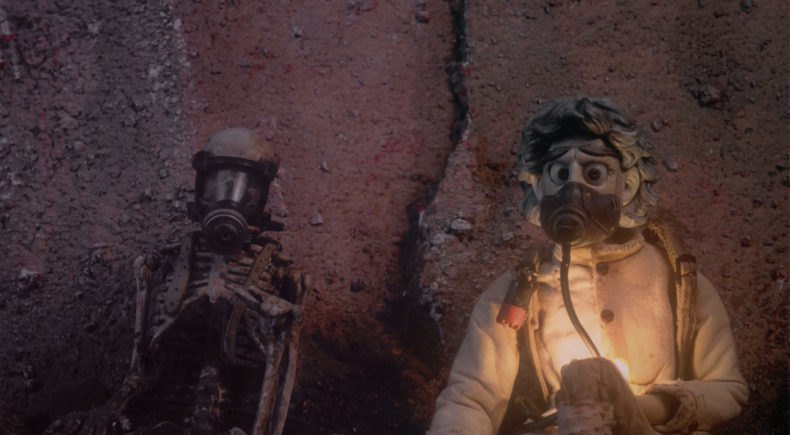 The Forbidden Zone is a stop-motion short film about Dumont, a botanist, who has quarantined in an abandoned train station. The world has become saturated by a toxic fog that destroys all life forms and replaces oxygen with poison. He spends his days fighting to survive, as his resources quickly dwindle. On a night when all seems lost, a nymph crashes outside Dumont’s bunker. In a sudden act of bravery, he dons his final tank of oxygen and leaves the safety of the station. Gathering the wounded Nymph in his arms, Dumont risks his life to return the glowing creature to the peak of the red mountain. In his quest to save his new charge, Dumont risks his life and, in doing so, discovers hope beyond the fog.

Zach Tolchinsky is a Los Angeles-based writer/director/model maker who recently earned a Master of Fine Arts in Animation from CalArts. Zach earned his Bachelor of Arts from The Royal Conservatoire of Scotland where he studied puppetry and acting. He is the recipient of the top prize in animation for the My Rode Reel short film competition in 2020. He has over a decade of professional experience in stop-motion animation as a model maker, puppet fabricator, animator and art director. Notable credits include: The Academy Award nominated Anomalisa, Emmy winning Robot Chicken, Buddy Thunderstruck, and Super Mansion. Most recently he led the design and fabrication of the puppets for Katy Perry’s music video "Cozy Little Christmas.”

For years, I was burdened with a reoccurring dream. It was a simple dream, where I was physically stuck in the middle of a large empty landscape. Behind me was my past, bathed in warm light, nostalgia and comfort. In front of me, was a dense forest, a foggy abyss. Friends of mine would appear beside me and walk straight into the unknown without struggle. All the while, I kept wrestling to move forward with my feet physically glued to the ground. I was immobile.

The dream kept revisiting me, until I came to understand that it was my subconscious mind telling me what I could not understand in my waking life. I was stuck in my professional life and the path forward was unclear. I was so terrified by the unknown, that I could not make concrete decisions that would help me move past the darkness. The fog of my own fear kept me from moving forward to see what might lay beyond it. Then I had a eureka moment, a creative idea came to me.

Suddenly, the dreams stopped. One morning I woke up, and found the courage to go into animation, a goal I never thought possible. Shortly after this revelation, I knew what to do. I decided to attend the number one school for animation in the world, Cal Arts. There, I sharpened my skills and brought to life, The Forbidden Zone, the very idea which led me to such a historic institution.

The Forbidden Zone is my exploration of this dream, and the lessons I learned from venturing into my own unknown. In this story, our main character Dumont has been surviving in isolation, and living miserably in the remnants of his past. Until one day, a nymph crashes outside of his bunker. This unexpected disturbance forces Dumont to make a choice, whether he will remain stuck, as I was, in the safety of the past, or take the leap forward into the unknown. Much like myself, Dumont chooses the dangerous path of discovery and makes the pilgrimage across The Forbidden Zone to bring the nymph safely home to the top of the red mountain.

This film is a love letter to those who embrace the unknown, and walk through the fog to come out free of the fears that bind them. I hope this film inspires those who find themselves afraid to step into the unknown and gives them the courage to take that first leap of faith. I love stories where the impossible becomes possible and the fog lifts away to reveal something even better than you had imagined. After all, climbing to the peak doesn’t always lead where you think, and the smallest spark can bring new life to the darkest of places.