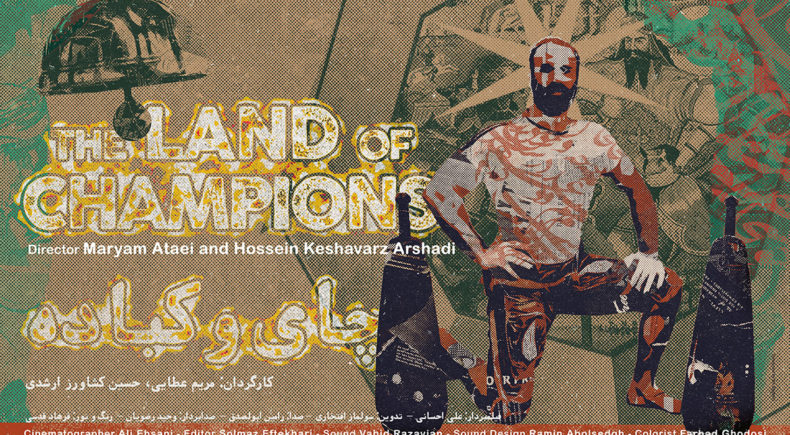 The Land of Champions

The House of Power (zurkhuneh), a home for traditional Persian martial arts, creates a strong community in a south Tehran neighborhood.

Members gather several times a week to listen to the leader (morshed) play the drums and sing mystical poems from Rumi, Fedousi and others, as they do calisthenics and bodybuilding. Think yoga and soul cycle meets poetry reading and church revival.

A master tries to pass on this ancient tradition to the younger generation as he fights for the sport to gain recognized status like Taekwondo or Judo.

A disciple trains his body, heart and soul under the tutelage of his master, while juggling the demands of being a university student.

An old man comes to the House of Power religiously after it helps him recover from an accident in which he was told he would never walk.

The three of them come together, along with many others, to form a brotherhood rooted in centuries of tradition.

Their debut feature, "Dog Sweat”, was released to critical acclaim in 2011. It won Jury Awards at Rome International Film, Austin, Nashville and Little Rock Film Festivals. The film was nominated for a Film Independent Spirit Award in 2011.

They have directed and produced numerous documentaries and serve as a cultural consultant for television and film. They were associate producers for the Sundance Audience Award winner, "Circumstance”.

Hossein has worked extensively as a commercial and documentary editor, including for the lauded doc feature, Los Ultimos Frikis.