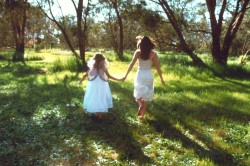 Based on the spoken poem written by Nicole Blackman, Victim is the dark and disturbing story of a young woman’s physical and emotional struggle for escape after she awakens to find herself up in the damp, suffocating blackness of a car trunk. Unaware of where she is, or even how long she has been there, her poignant struggle to free herself from her disturbing reality becomes an intoxicating and emotionally moving journey of escape and peace.

Corrie sudied Film & Television at the Curtin University of Technology.

Writer Nicole Blackman will be in attendance.