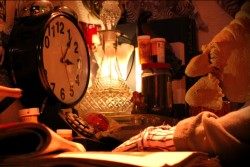 An old man recalls his strange and bizarre memories.

Made at the Rhode Island School of Design 2009 using pixilation, stop-motion and hand drawn animation.

Director Leah Shore will be available for Q&A after the screenings.