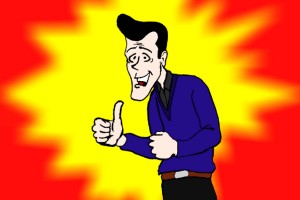 "Peek-A-Boo" is the fourth episode of The Bill Johnson Show, a series of Animated Shorts by Mad Dog Films, Inc. In "Peek-A-Boo" Bill Johnson shows Bobby how to play a fun, but deadly game while on a long car trip with his parents.