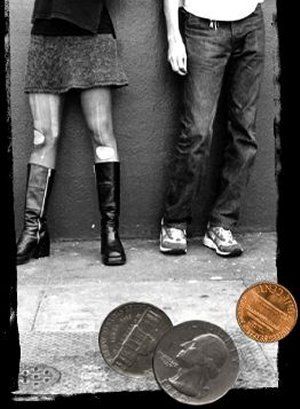 Imagine Cassavetes directing a Seinfeld episode on methamphetamines while Charlie Mingus and the Pixies do the score. "Broke" weaves through an urban web of financial, spiritual and emotional bankruptcy in a city where the laws of cause and effect can easily be mistaken for Karma. Using the filmmaker's raw and original score, "Broke" delivers gut wrenching laughs, a few points of soft-core philosophy and a high energy assault on the urban world.

Although Mr. Goldman has no career, he does have a few award-winning short films as well as a feature script that he hopes to make this year. Then, maybe he could stop collecting unemployment checks.