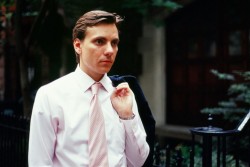 Two lonely dreamers masquerade in lives that are not their own in a search for happiness. But when they discover an uncommon emotional connection, can love overcome lies?

Director Jadrien Steele will be available for Q&A after the screening.