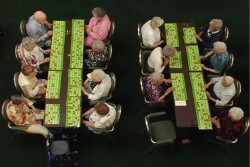 SUSPENDED both documents and re-contextualizes the experience of suspended time among a cross-section of people. The film captures a range of evocative moments that reveal states of emotional and physical suspension: moments of heightened anticipation, focused intensity, and blissful surrender.