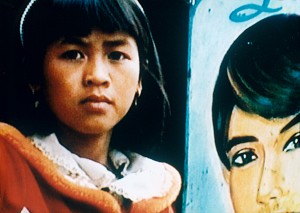 Heaven's Crossroad traces an impressionistic journey through Vietnam exploring the nuances and complexities of looking cross-culturally. Structured in a series of observational yet stylized vignettes, Heaven's Crossroad investigates shifting relationships that link the observer with the observed. The film tracks an unseen traveler's encounters with a new place and people, fluctuating between voyeurism and intimacy. Heaven's Crossroad charts a singular journey, yet it also explores common desires which surface through travel: the desire to be transported to another place; the desire to communicate beyond language; the desire to arrest time and re-possess a moment, a glance , a feeling, an encounter.