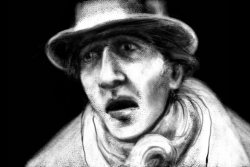 Born during an ocean crossing, Novecento is thirty-years-old and has never been ashore. Sailing endlessly the Atlantic, he spends his life in the piano lounge of the ship, composing an enchanting music