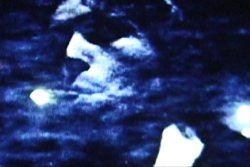 An anti-drug picture. An electric look at the silence before the storm. A Cocaine poem. The horrifying experience of mind-altering substances. We see: people-empty streets while original poetry is presented both in voice over and in subtitles traveling across the screen. The video documents the last hours of the twentieth century, capturing downtown and suburban Copenhagen, Denmark. Footage shot on New Years Eve 1999/2000.

Anders Bramsen (Copenhagen, 1974) lives and works in New York City. Anders attended various art and film schools. Since 1996 he has created a number of experimental films and dramatic shorts. Bramsen's work emerges from situations where personal isolation, inner lives and surreal fantasies rules. Often his themes are based on observations of life's conflicts and pains, dreams and adventures, poetry, violence and aggressive rawness.

Director Anders Bramsen will be available for Q&A after the screening.