The 2021 Audience Award Winner of the 17th KidsFilmFest is: OLDBOY’S APPLES by BRAD HOCK

KidsFilmFest is an initiative of the Brooklyn Film Festival. This year KidsFilmFest will present two programs of films tailored for two groups of young viewers: 3 to 7  &  8 to 13.

The 17th KFF film programs was staged online only. The two featured programs were available 24/7 from June 4-13.

KFF aims to discover and promote children’s filmmakers as well as expose filmmakers of all ages who make films for younger crowds. All films are rated “G”. Both programs consist of several animated shorts, live-action films, and documentaries. 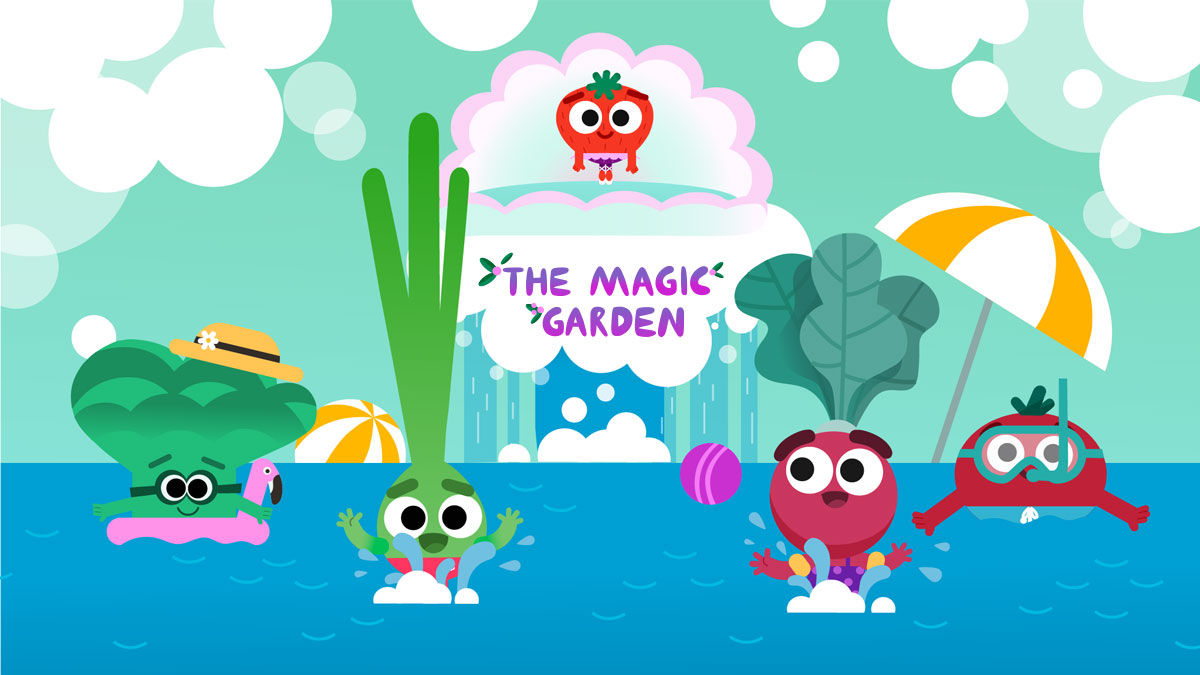 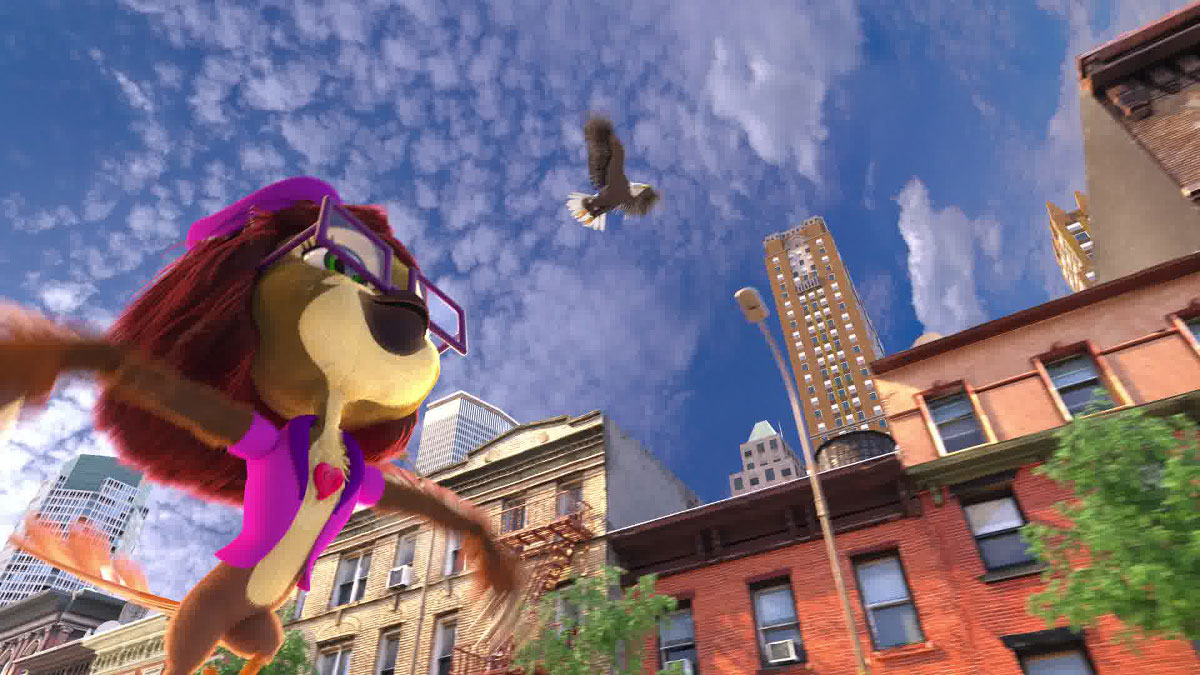 I WANNA BE AN EAGLE – A SPARROW’S TALE

Petronia is an outgoing sparrow who loves to daydream. She dreams of being an eagle and envisions herself soaring high above and throughout New York City.

Petronia enjoys signing, playing music on her recorder, and making wishes by blowing on dandelion “Wishettes.” Petronia’s struggles with her self image, but through her journey she discovers that — with her own gifts and with the help of her friends and family — she can accomplish anything. 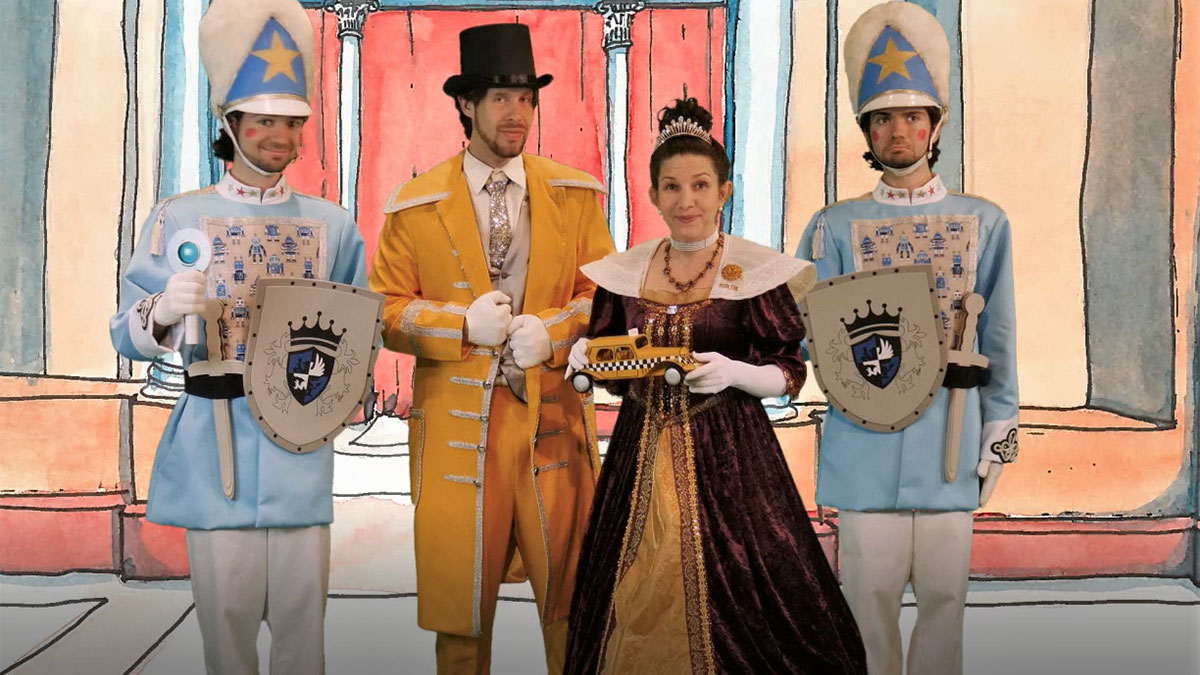 The story follows Queen Marlene, the host, who has a busy day ahead as she prepares to open the Toy Museum The Museum is like the Queen’s early childhood education classroom and the viewer learns, alongside her friends, the important messages she is teaching. Using loveable characters and silly scenes, children will be drawn to the colorful characters and all Queen Marlene’s friends. The show is somewhere between Buckingham Palace meets Mr. Rogers and Broadway.

There are drawn backgrounds and miniature dollhouse dioramas that stand in place of an actual set. The costumes are whimsical and fun! They reflect exactly what children might picture when thinking of a castle, a queen, guards, cooks, butlers and similar. They are exaggerated, but in a charming manner. The castle and its rooms are blocky, colorful pieces that look like a child’s drawing. The music and sound effects are clear and concise, and definitely enhance the story. There is always something new and exciting happening at the Toy Museum. 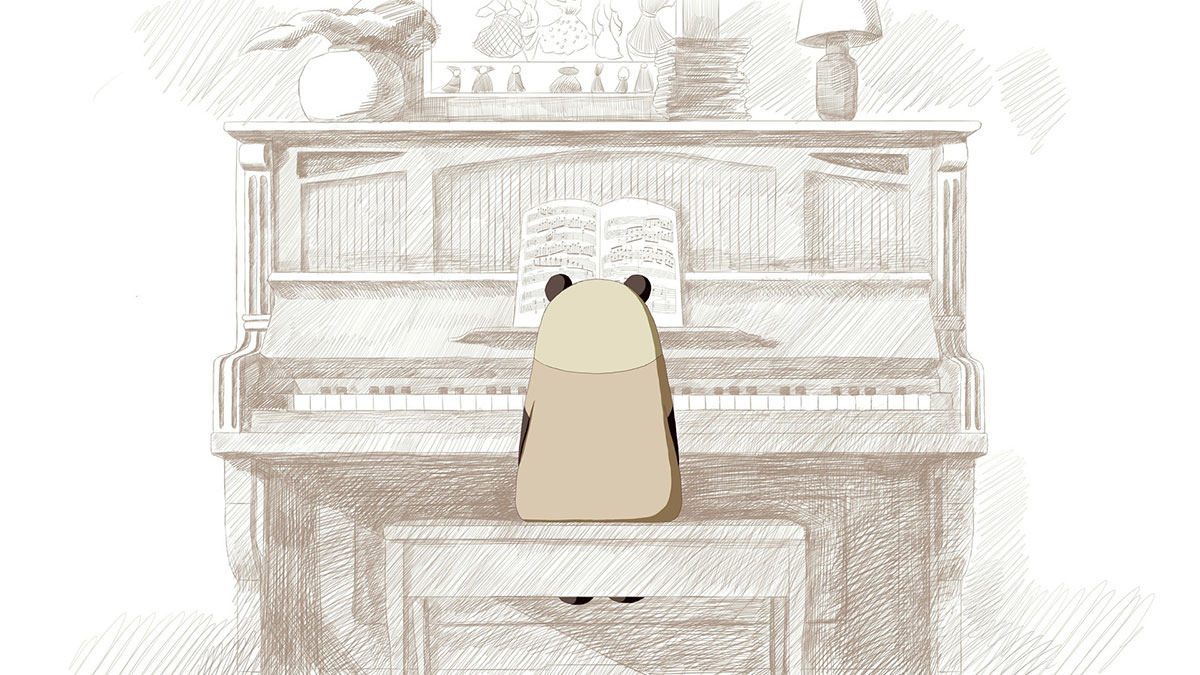 For every piano player, there is a world of notes in the score book, and every performance is a journey into this world. Books are the carrier of the world. In the same world, the people who enter and the way they play are different. What happens when two different players enter the world 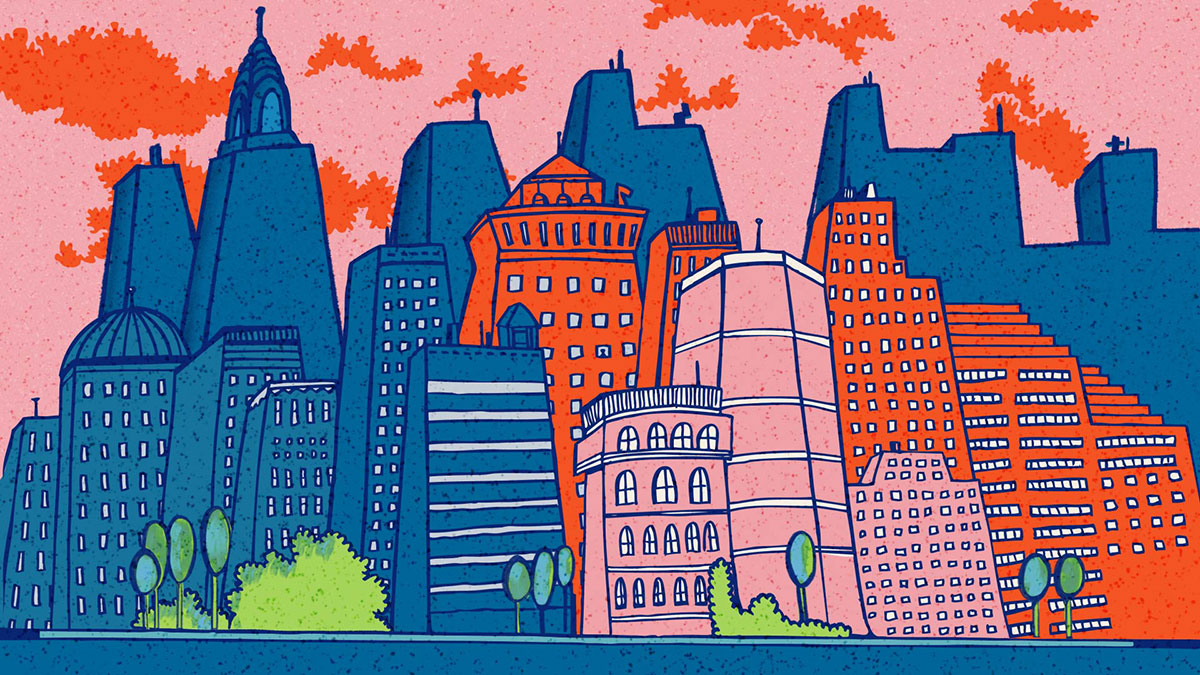 A HAND TO HOLD

Told from alternating points of view, A HAND TO HOLD explores the connective thread of hand holding between parent and child. When mother and child release hands – and enjoy the freedom that comes from letting go – they do so knowing they will always be joined.

“A Hand to Hold” is a 2D animated film created by an all-female production team. 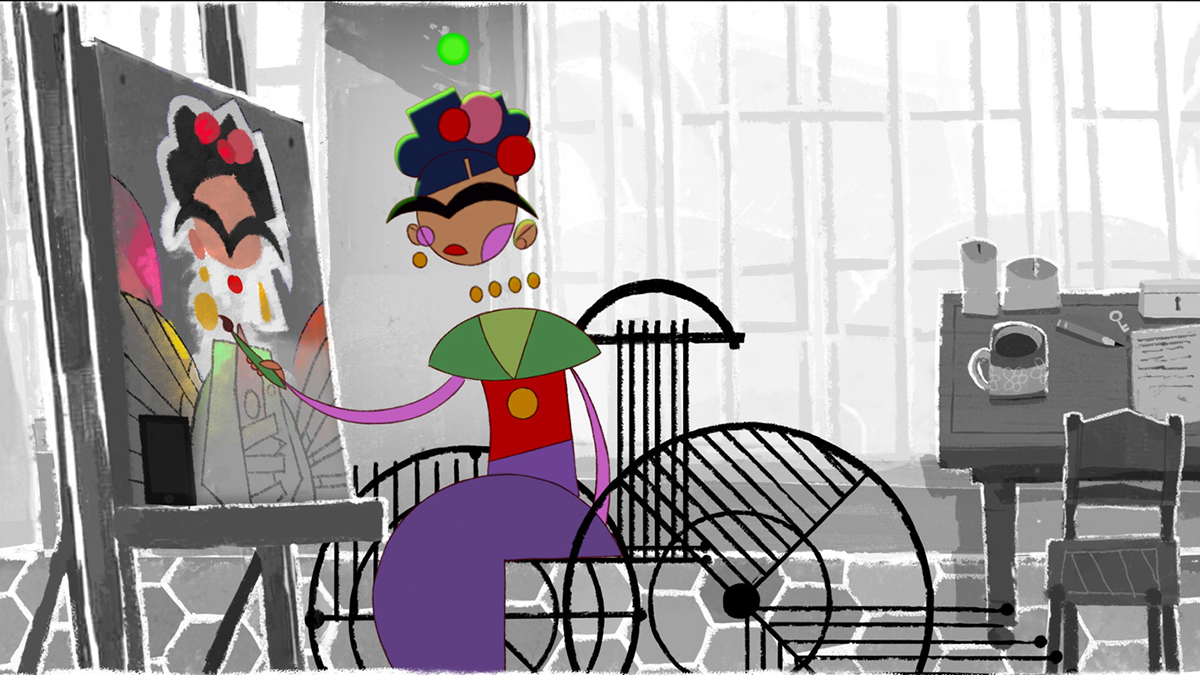 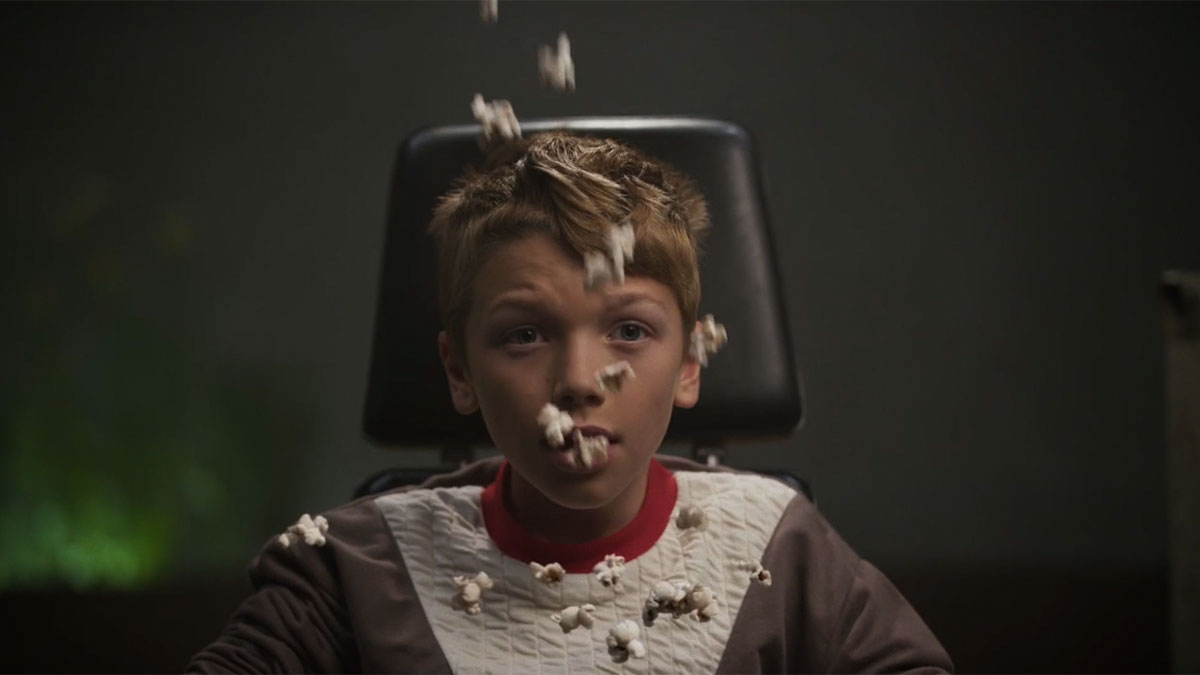 Tom’s unique ability is quickly discovered by a bankrupt businessman. Sure of success, he buys the boy from his parents to start mass production. The boy becomes world famous, but all resources must end one day. 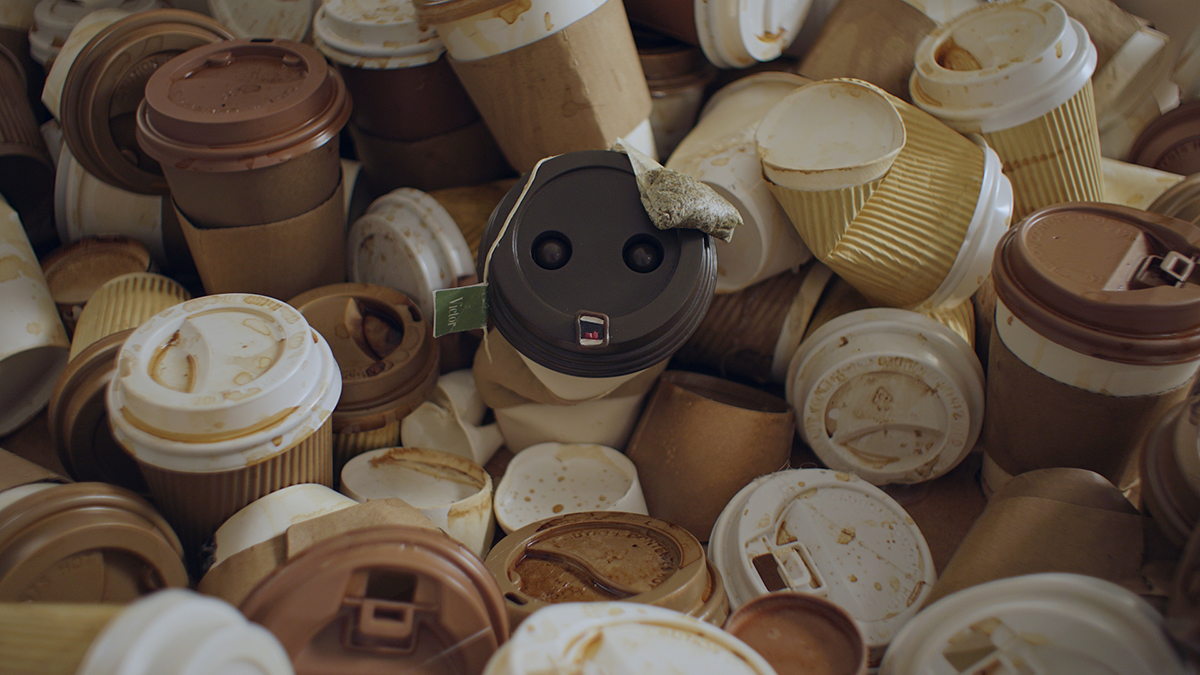 Quick Fix is a stop-motion/Live-action hybrid that explores the comedic parallels between our throwaway habits and serial dating. This bittersweet love affair follows a coffee cup who becomes smitten by his drinker. 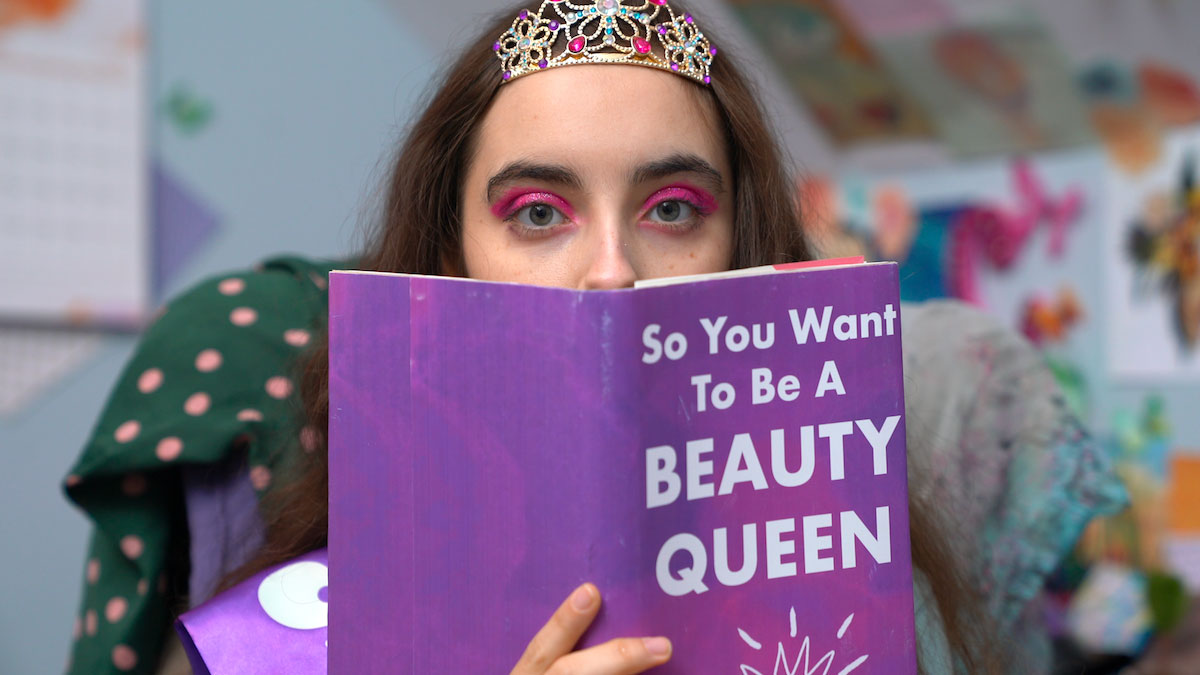 When Charlotte is forced to tutor Biff in math, the pair discover their shared secret, and Biff eagerly helps Charlotte prepare for the upcoming Princess Teen Queen Pageant. There’s only one problem: they have to keep it all a secret from their parents. Charlotte’s folks want her to focus on math and school, not crowns and gowns; and Biff’s oafish dad would never accept a son in sequins. Can the kids’ friendship survive? Can Charlotte risk being who she really is? Can Biff?
A comedy about growing up, being who you are, the power of friendship, and burping. 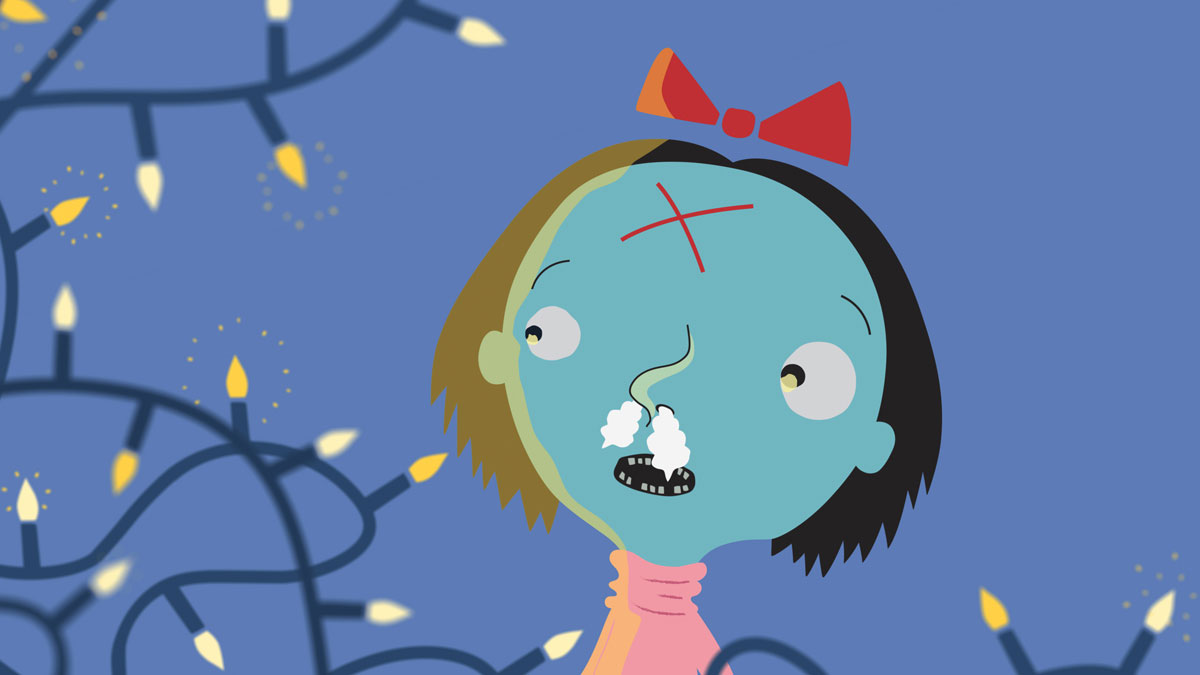 ZARA AND THE OTHERS: MISS MISS

Zara has never heard of a ‘Miss’ Competition, she only knows Patricia says it’s a way to decide who the prettiest girl in class is. When Zara’s dad brings a bucket of moose poop things take an unexpected turn. 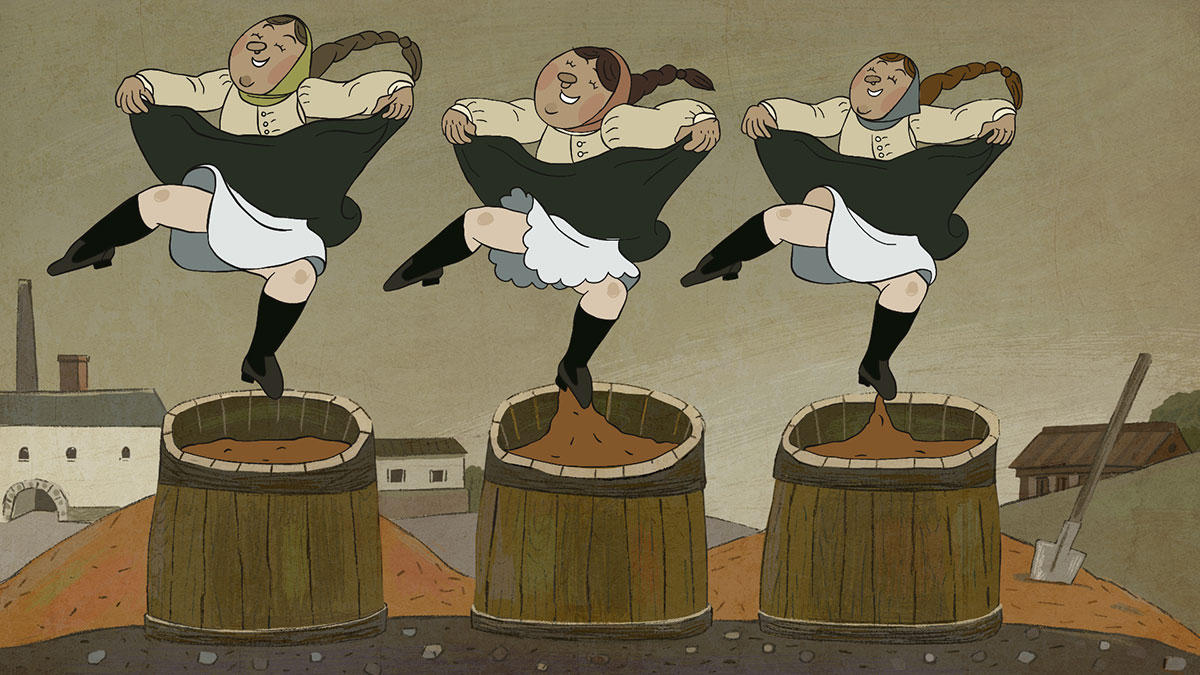 The plot is based on the history of the Ural landmark, comparable only to the leaning tower of Pisa — the Neviansk tower. In the animated film by Elena Lapshina, the facts about the construction of the tower, the appearance of the unusual shape of the building and, of course, the secrets of the famous structure are presented in a form accessible to modern children and adults. A grandfather, a grandson, a lion and a cat went on a trip to the Ural “celebrity” in the cartoon. 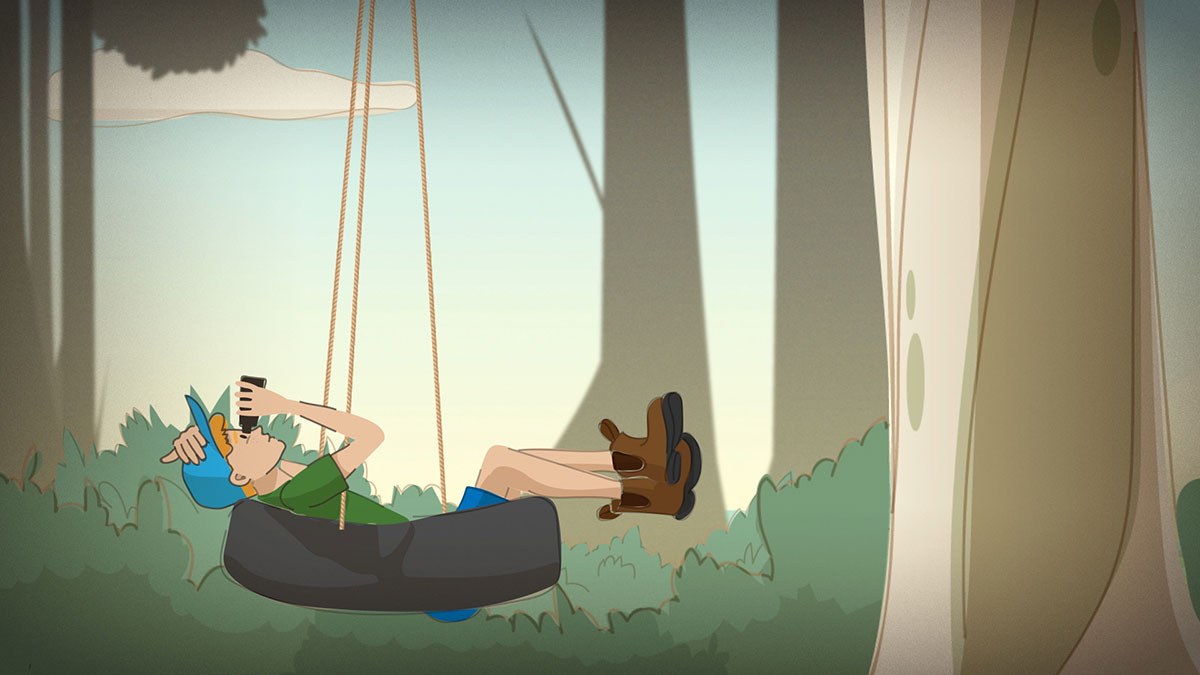 On a hot summer day, a young boy lounges in a tyre swing hanging from the big branch of an old ghost gum. He peers through binoculars to catch glimpses of a baby koala and its parents living at the top of the gum’s mighty trunk. The surrounding bush vibrates with native animal life. In the distance, plumes of grey smoke rise above the coastal landscape, showering the horizon with ash.

As the boy helps his parents prepare their home for an evacuation, so too do the animals prepare their homes: a wombat clears his burrow of debris, a finch tidies her nest; flocks of birds begin their migrations to safer skies. The boy and his kelpie sit on the porch, watching on with trepidation.

The sun grows a burnt orange; a dusty hue befalls the landscape. A tiny ember drifts in the wind like an orange snowflake. The baby koala sticks its head out from the gumtree for a closer look. He winces and scratches at his nose, burnt by the ember’s seductive glow. Then the wind changes.

The sky turns an ominous black, then a blazing red as the fires race towards the coastal bushland community. A mob of kangaroos bound over fallen branches. The boy’s parents load their car with memories and keepsakes. The boy and his kelpie jump in but the kelpie whines and barks at the commotion outside. Through the smoke, the boy can see the family of koalas trapped between fallen branches. He rushes to their aid. Behind him, his parents approach with boxes.
“A line of cars follow the only road out of town. The boy watches through a rear window as the glowing town becomes distant. He turns forward and takes his seat. His kelpie lays on the floor at his feet. Something shifts inside a box beside him.”

The boy and his parents have brought the koala family in the car with them. Guided by rural firemen, the two families journey to safety. Though they share the same experience of loss, it is their bushland home that unites them.
And home is where they will return, when the bushfires are over. 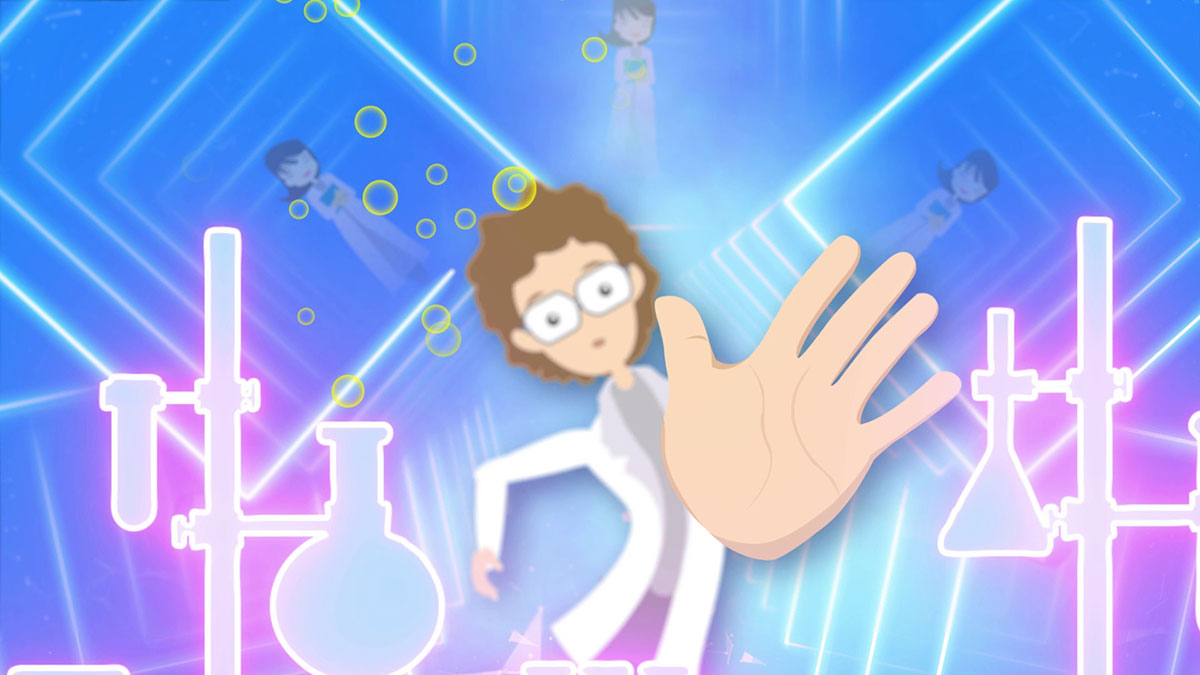 A brilliant boy scientist meets the girl scientist of his dreams, poised and beautiful, surrounded by flasks and beakers. The best he can do is bottle her image in his flask, so he may serenade and waltz with her in his Quantum Physics Lab. 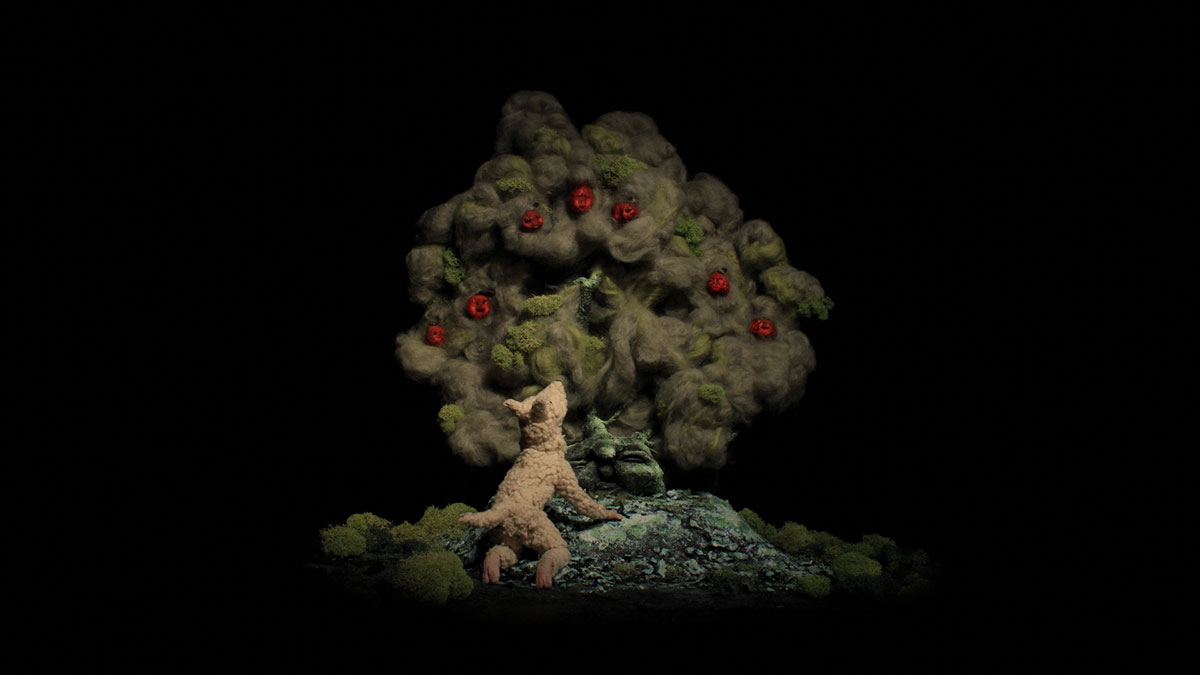 Beyond the hedge, beneath the well, ancient spirits sing their song to reawaken the mystery of the hidden apple. 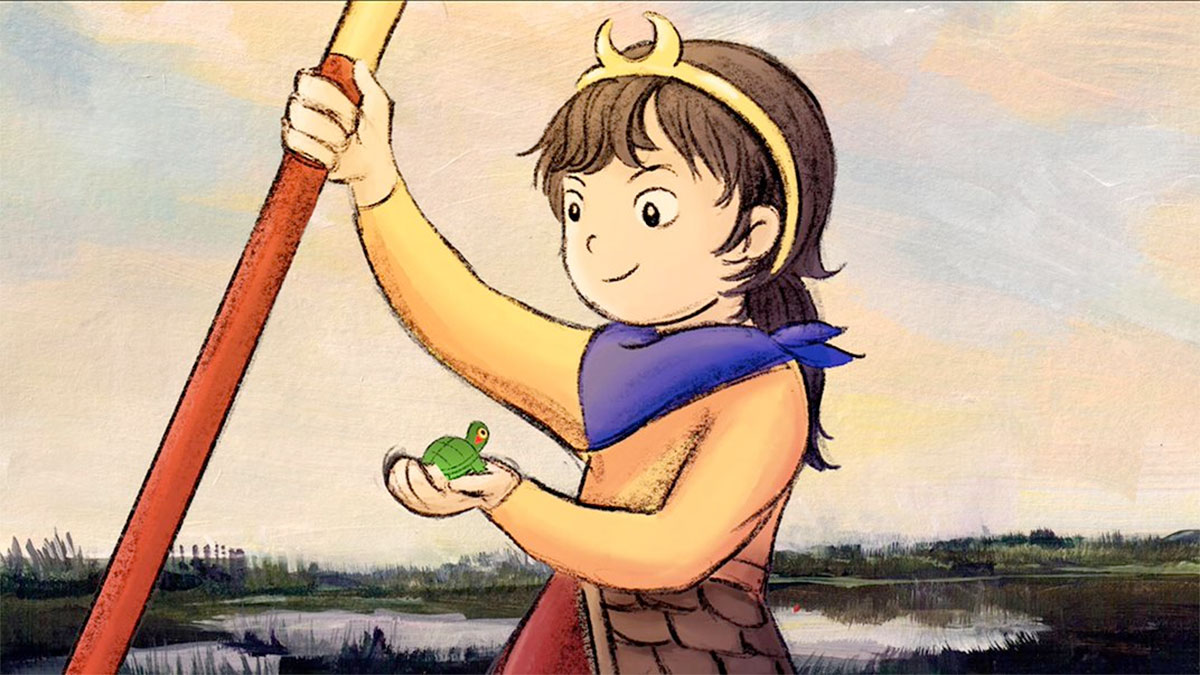 YUAN YUAN AND THE HOLLOW MONSTER

This is a personal story, with characters based on family members, and memories from Hurricane Katrina, Wilma, Charley, Ivan, and Frances from 2004 – 2005. The film centers the director’s younger sister and their childhood, growing up Chinese American:

Eight-year-old Yuan Yuan (Jackie) is determined to protect her newest pet, a tiny turtle named Lucy, at all costs. Even if it means chasing down a massive hurricane called the Hollow Monster. 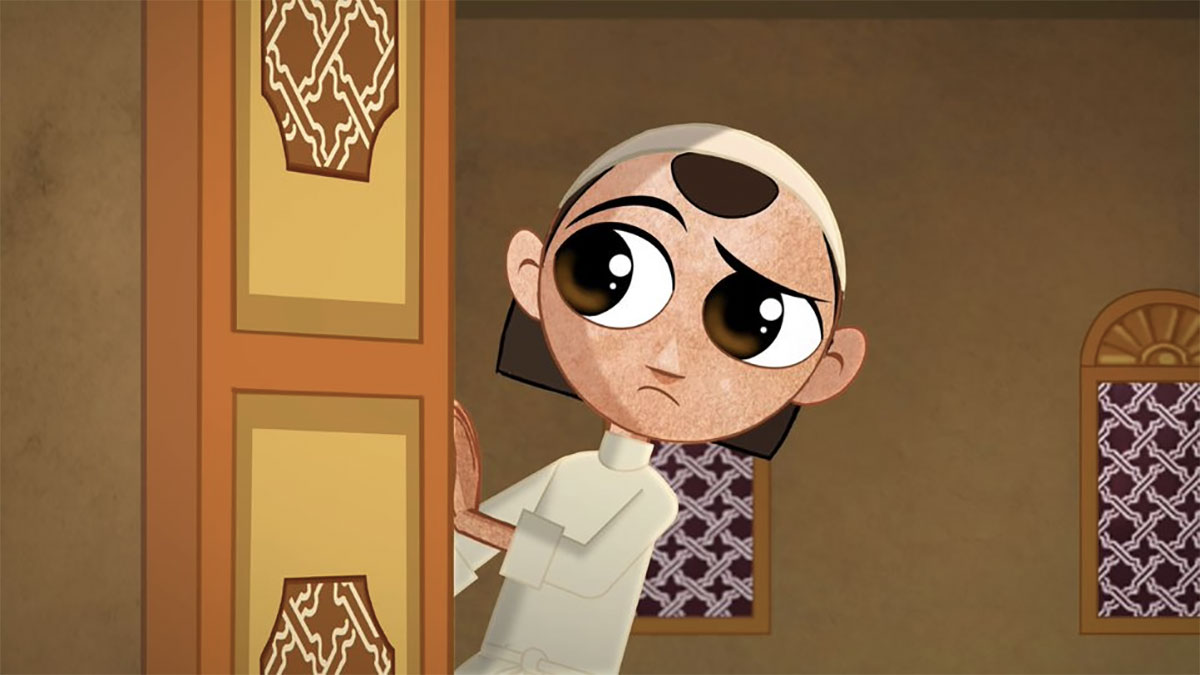 SUBMISSIONS FOR THE KFF 2022 EDITION ARE OPEN: